Investors and EOW waded through a maze of legal obstacles to get their hands on the 'kingpin'. 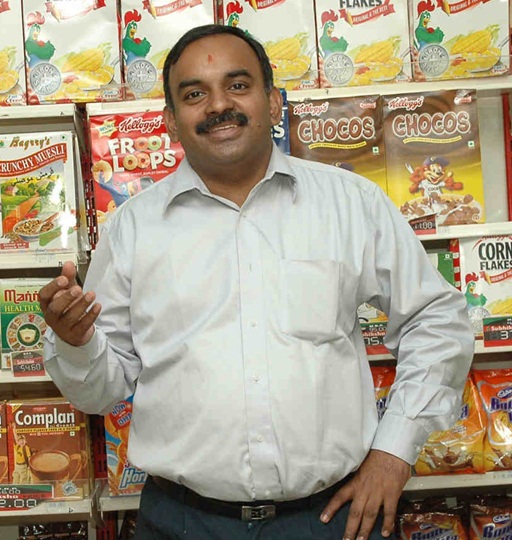 What is common between the secret police of Nazi Germany, a Chinese organised crime ring, and the US military headquarters?

All of these inspired the names of companies floated by Chennai-based businessman R Subramanian.

Gestapo Investments, Triad Trading Services, and Pentagon Trading Services are now among 49 entities the economic offences wing (EOW) of the Chennai police is probing to recover the savings of thousands of investors in Chennai, Bengaluru, Coimbatore, Trichy and several towns across south India.

The police suspect the money investors deposited in debentures and schemes of the more benignly named group flagship Viswapriya (India) might have found its way into some of these companies.

On court orders, the police have seized loads of documents related to these entities in addition to complaints and submissions by investors.

However, the police needed Subramanian's custody to make sense of all these, establish the money trail and ascertain the availability of assets to honour the liabilities that some investors estimate to be as high as Rs 250 crore (Rs 2.5 billion). 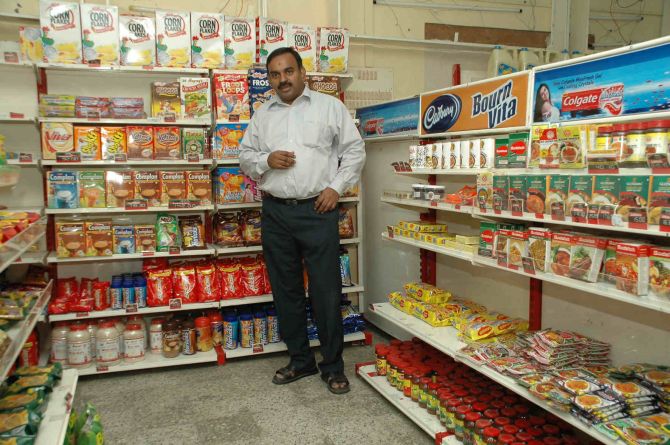 With the rejection of anticipatory bail by Madras High Court, the EOW could finally get a chance for custodial interrogation of the 'kingpin'.

"It should be pointed out here that all other accused (except the petitioner herein) were granted bail (or anticipatory bail in the case of one) on account of the fundamental fact that the petitioner here is the kingpin," judge V Ramasubramanian said in the order.

On September 8, the judge had asked Subramanian to submit the details of the schemes, assets and liabilities. Subramanian filed an affidavit. "But, the details are not complete in all respects."

Viswapriya raised money through Prime Investment scheme, in which investors got non-secured debentures, and two other schemes called Liquid Plus and Safety Plus.

In a letter addressed to the Supreme Court in December last year, the Viswapriya Investors Welfare Association (VIWA) explained what motivated its members to invest in the company: "A major motivational factor to invest our savings of a lifetime in M/s Viswapriya (India) Limited, earlier known by different names, has come from the names of well-known luminaries in Chennai being present as members on the Board of Directors of Viswapriya India Ltd.

The letter added: "The managing director, R Subramanian, is himself a graduate from the Indian Institute of Management (IIM), Ahmedabad. With such credentials of the men behind the company, the educated middle-class investing public saw no reason to disbelieve or suspect the bonafides or intent of the company."

The managers and agents who worked for a lucrative commission, worked only to meet their own ends, with or without connivance in the "overall scheme" of things, the letter alleged.

Several of these have been arrested and have been released on bail over the past month.

They chose their clientele carefully. The Viswapriya investor base, of about 4,000, comprised largely of middle-class senior citizens.

The age distribution of the investors showed about 70 per cent were in the age range 70-90 years. "It appears to have been a clever ploy to enlist as investors old and infirm or ageing persons, who are now physically and emotionally drained," the letter said. 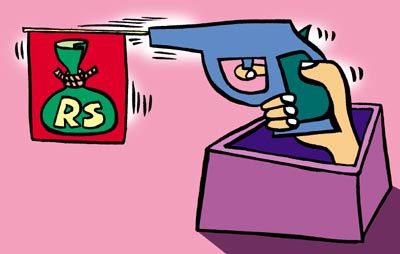 Complaints of bounced cheques and non-payments emerged as early as mid 2013. Initially, investors were sympathetic to the troubles of Indian Institute of Technology, IIM graduate, whom they saw as one of their own.

"Asset mismatches happen in the best of blue chips. We thought we should not put undue pressure on him," said an investor in his eighties.

This gave Subramanian enough time to file a scheme of arrangement for restructuring of the debentures in September 2013.

The first complaint with EoW was registered a month later in October 2013. In early November, Business Standard had reported the payment problems faced by Viswapriya and how it proposes a 33-month deferred payment plan in three instalments.

In his response to Business Standard then, Subramanian had said the issuance of debentures was Rs 125 crore (Rs 1.25 billion).

Image: Investors estimate claims to be as high as Rs 250 crore. Photograph: Reuters

"In view of present mismatched cash flows, a rescheduling of the interest and principal payments due on the debentures, without any haircut for investors and with commercial interest for delayed payments as well, has been sought through the high court according to Section 391 of the Companies Act, 1956... The company has receivables both from lending and from participation in property transactions. Less than one per cent of the debenture holders had made complaints to the police in respect of delayed payments. When coercive action was sought to be taken by the EoW in violation of the order of the high court, the same was dropped under intervention of the high court. The rescheduling is akin to debt-restructuring by banks, and as such, is only to overcome the mismatch in cash flows. There is no plan to raise any money except some small infusion of capital... as the cash flows of the company would meet the obligations under the scheme..." he had said in an email response in 2013.

However, over the next two years, not much cash flowed. Only Rs 50 lakh came under the scheme, the court observed. Instead, investigators had to deal with a steady flow of stay orders.

In its Friday order, the Madras High Court observed how Subramanian managed to be under some protective order or the other for nearly two years.

"The above sequence of events indicates that from 21.10.2013 - the date on which a first information report was registered against the petitioner and others, the petitioner was in enjoyment of one protective order or the other, either in the form of stay of all further proceedings in the criminal complaint or in the form of protection from arrest. Both types of protective orders eventually disappeared on 6.8.2015, paving way for police to step up investigation."

R Shankar, secretary, VIWA said: "The arrest is a major development. It is the result of excellent legal advice we got. The police have got a lot of papers. But several loose ends need to be tied up. We hope they are able to find the clues from the kingpin." 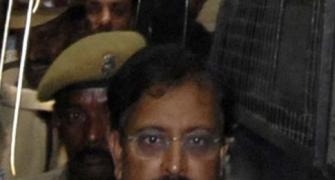 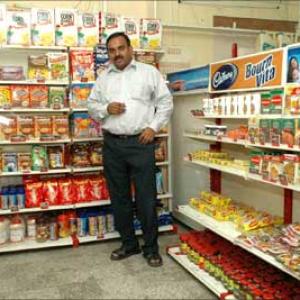