Sitharaman back with traditional 'bahi-khata' for her 2nd budget 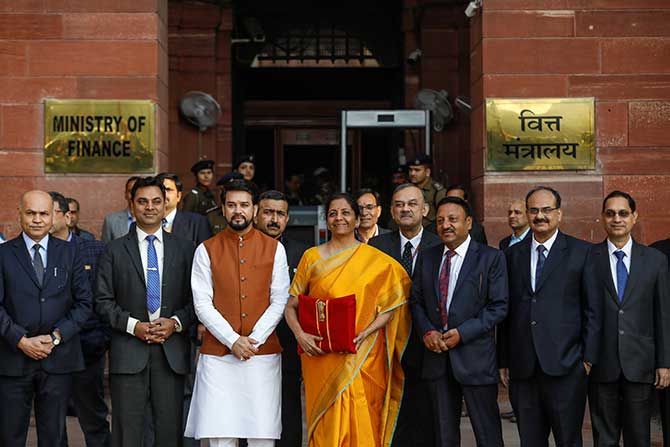 For her second budget presentation, Union finance minister Nirmala Sitharaman on Saturday carried documents in a traditional 'bahi-khata' (ledger) wrapped in a red cloth, similar to what she carried last year.

Commenting on the shift from a briefcase to 'bahi-khata' during the 89th Union budget, Chief Economic Advisor Krishnamurthy Subramanian had said, "The government is following Indian tradition and 'bahi khata' symbolises our departure from the slavery of Western thought."

On being asked about the replacement of the briefcase, Subramanian had said, "It is not a budget, but a bahi-khata (ledger)." 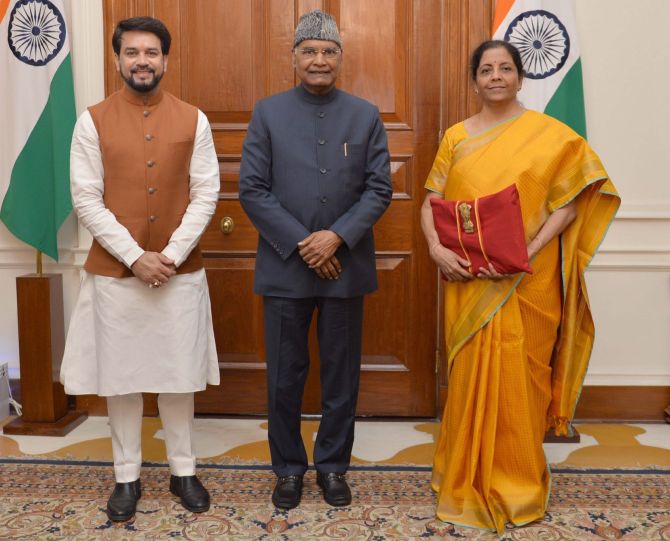 IMAGE: As per tradition, the finance minister calls on President Ram Nath Kovind at Rashtrapati Bhavan before presenting the Union budget. Photograph: @rashtrapatibhvn/Twitter

"Sitharaman believes that leather made products are not auspicious for the big occasion, so she avoided the leather bag and took the 'bahi khata' wrapped in the red cloth. This is considered to be auspicious," he had said.

In July last year, Sitharaman had said that the Modi government is not a "suitcase-carrying government", in an apparent jibe at the past dispensations.

Before Sitharaman, a long-standing tradition in connection with the budget presentation was broken during the Atal Bihari Vajpayee government with the then finance minister Yashwant Sinha presenting the budget at 11 am rather than at the traditional time of 5 pm. 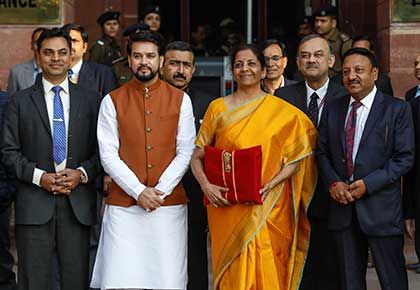