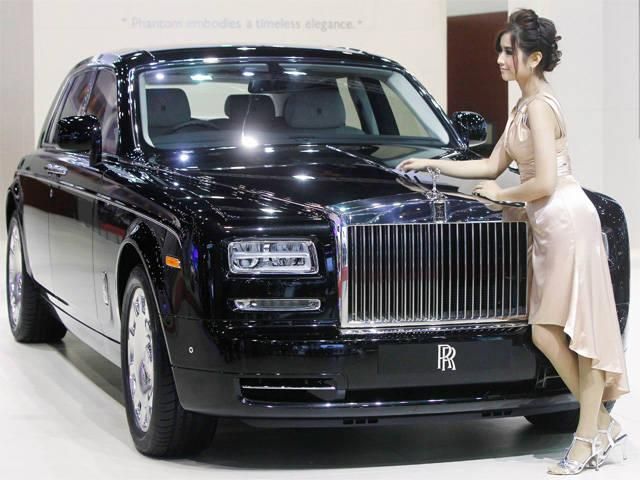 Earlier this year, the president of a foreign country was in India on a personal visit. He was throwing a bash for family and close friends on the occasion of his 25th wedding anniversary.

Rolls Royces, 7 Series and S-classes were hired to ferry guests. "They did the entire Agra-Rajasthan circuit. We took care of everything," said Gurudev Ahluwalia of KTC India, Delhi's oldest luxury tour manager.

KTC billed the president close to half a crore of rupees for the entire trip. Ahluwalia's boy-next-door looks are tailor-made for the customer-centric business he is into.

Just before our meeting at Le Meridien - where KTC has been running the travel desk since Day 1 - some elderly guests recognise Ahluwalia and chat with him. Customised trips for high-end clients are the bread and butter for KTC. 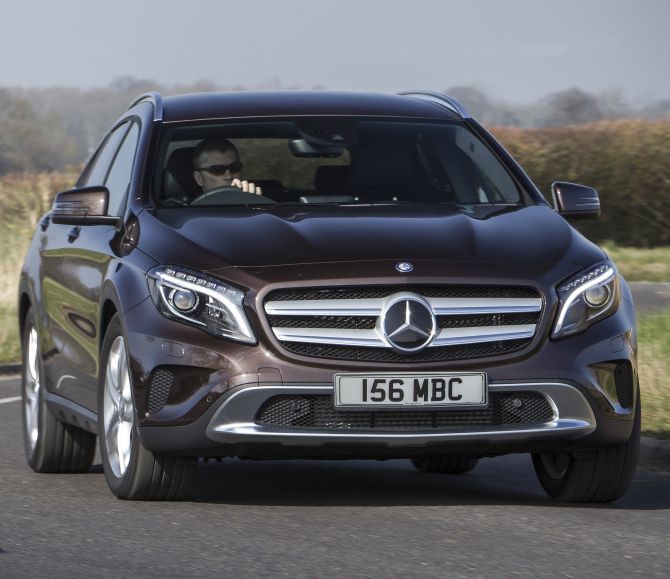 Ahluwalia's grandfather, Deshraj Singh, started it in 1943 as Karachi Taxi Company (KTC) in what is now Pakistan's commercial capital. "After the Partition, my grandfather moved here. We began by handling the travel desk for The Imperial hotel in Janpath," 27-year-old Ahluwalia said.

Today, KTC has a small but busy booking office in the service lane opposite Janpath Hotel, adjacent to The Imperial.

A couple of other taxi service providers and tour operators also share the space.

Not only personal visits, the firm has handled official visits of successive US presidents. 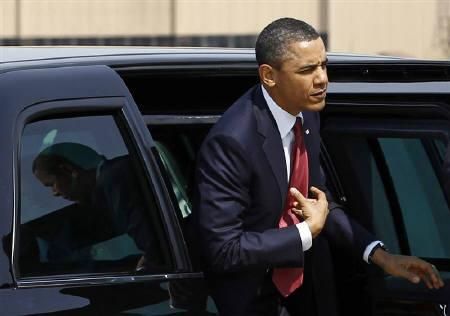 "When (President Barack) Obama visited India a couple of years ago, we had arranged his convoy of about 40-45 cars," said Ahluwalia.

Typically, on such trips, officials start working on the security details about a few weeks ahead, pressing some of KTC's Toyotas into service.

George W Bush was better for KTC as his convoy ran up a bill that was thrice that of Obama's.

The soft-spoken entrepreneur, who along with his father and mother, consolidated the shareholding by buying out stakes from his uncle, says he has no plans to raise funds. "We are not looking at investments at this point, though we have had several enquiries."

"We want to grow our revenues to Rs 100 crore (Rs 1 billion) over the next two-three years. We are confident of meeting our funding requirements internally," says Ahluwalia, who studied accounting and finance at the London School of Economics (LSE). 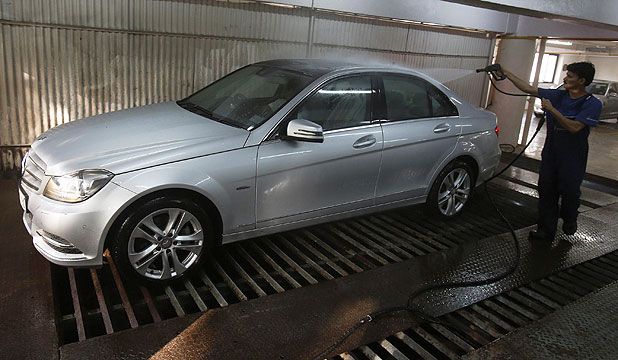 Image: KTC has a fleet of over 200 cars that service the ultra rich. Photograph: Reuters

KTC India today has a fleet of around 220 cars, many of these are Mercs and Audis, and has dedicated parking spaces in Janpath area, Gurgaon, Noida and at the airport.

The company is expecting a delivery of a brand new Rolls Royce in the next few weeks.

KTC also has on its rolls an army of 300 drivers, many of them are well versed in English and some even speak other foreign languages. "One of our drivers even speaks fluent Japanese. He picked it up when he was working with Suzuki several years ago," Ahluwalia said.

Qualified drivers and personalised service will always keep them ahead of the aggregator applications like Uber and Ola, Ahluwalia said. "Uber can never have control over the fleet and drivers like we do. They are a point to point service," Ahluwalia said.

For example, for the foreign president's anniversary trip, KTC took care of small details like specific brand of bottled water and wet tissues to be carried on board.The clientele, which prefers human interaction over mobile apps, is still alive and thriving. 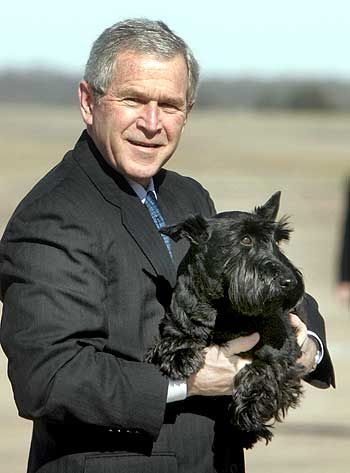 Arindam Kunar, general manager, Crowne Plaza at Gurgaon, says his experience with KTC scores because of the hands-on management by the family.

"I can pick up the phone anytime and speak to Gurudev. In a customer facing business like ours, that is the biggest advantage. They also take care of their employees (drivers) well.

This translates into better service for our customers," Kunar said.

KTC itself experimented by enrolling some of their cabs with Uber.

It decided to discontinue the arrangement after Uber was keen on establishing a relationship with the drivers by paying them bonuses directly.

This was hitting the margins of the owner. Ahluwalia is not a great fan of the Uber model.

"Loss-making is in fashion today. The way they are going they are not going to make money.

In this business, there are no economies of scale. Increasing volumes are not going to bring down vehicle cost or fuel bills. So, at some point, they have to rise the fares. The moment they do this, others will come back. So, there is no benefit on building volumes," the KTC chief said. 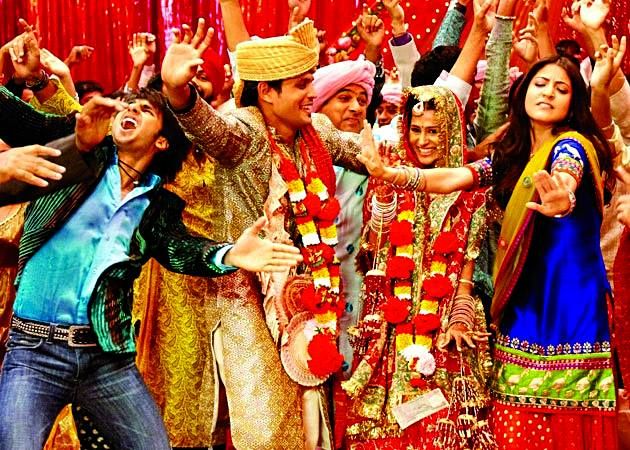 Margins in KTC's luxury cars segment have declined from around 15 per cent a few years ago to about 8-9 per cent, but for a very different reason. "Banks are our biggest threat," Ahluwalia said.

"Beginning 2006-07, they entered the auto-financing in a big way. They have been funding every other guy on the street without even a basic cost structure in place. These people, who have built fleets on borrowed money and feel EMI pressure, are ruining the market for us."

The Mercedes S-Class rates are a case in point.

"It was Rs 14,000 a day four years ago. It is the same today." Ahluwalia is betting on the fad of destination weddings to boost bottomline.

"Weddings are becoming bigger. We are looking at NRI (non-resident Indian) clients who look to fly in a group of family and friends for their wedding.

A culture of providing a chauffeur driven car for each guest is picking up." Packages for 4-5 days for such weddings can go up to Rs 15-25 lakh. 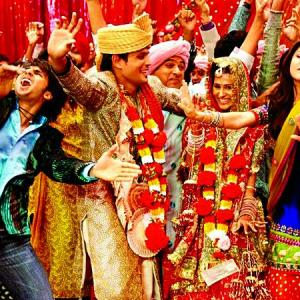 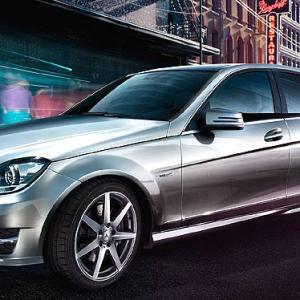