The PM addressing the Indian diaspora in Japan also hinted that there is no “guarantee” that no further steps would be taken after December 30 till when people can deposit the demonetised notes. 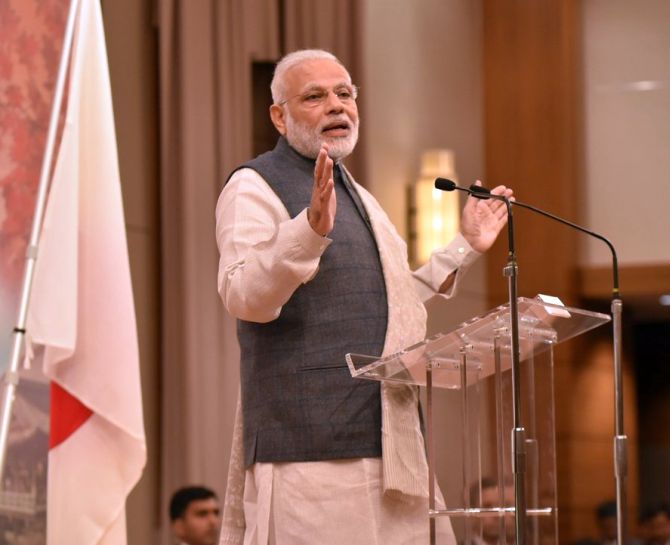 Hinting at more action to unearth black money, Prime Minister Narendra Modi on Saturday said those holding unaccounted money will not be spared and there is no “guarantee” that no further steps would be taken after December 30 till when people can deposit the demonetised notes.

He assured honest people that they will not face any trouble.

“I would like to announce once again that after the end of this scheme, there is no guarantee that something new will not be introduced to punish you (thikane lagane ke liye),” Modi said.

He was addressing the Indian community at a reception in Kobe, Japan.

“I make it very clear that if anything unaccounted comes up, then I will check its records since Independence. Will deploy as many people as required for this. Honest people will not face any problem. No one will be spared. Those who know me, they are intelligent as well. They think it is better to offer it in Ganga than in banks,” Modi said.

He was referring to reports of the demonetised Rs 500 and Rs 1,000 notes flowing in Ganga river. 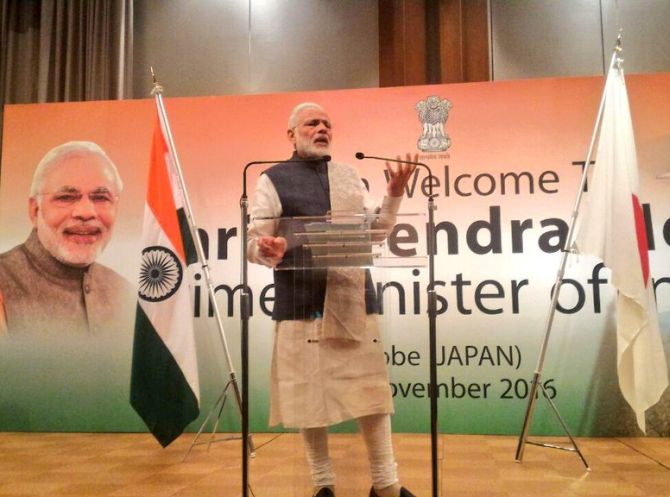 Modi termed the demonetisation as “Swachhata Abhiyan” and hailed the undaunting spirit of people despite their hardship following its announcement on November 8.

“I salute my countrymen. People stood in line for four hours, six hours but accepted the decision in national interest the way people of Japan tackled the aftermath of the 2011 disaster,” he said.

“I thought long and hard about the possible difficulties and it was also important to keep it a secret. It had to be done suddenly but I never thought I will receive blessings for this,” he said.

“I salute each and every Indian. Many families had weddings, health problems... yes they faced inconvenience but they accepted the decision,” the prime minister said.

Apparently referring to the opposition which has attacked the government action, Modi said a section is trying to incite people for speaking out against him but people have accepted the decision in the national interest.

“Law should be equal for everyone. People are happy about the fact that even Modi’s Rs 1000 notes are not usable anymore,” Modi said. 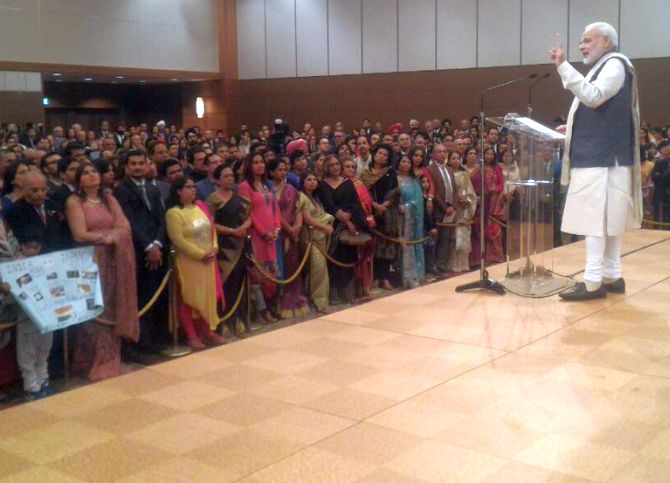 Underlining that the world is acknowledging that India is the fastest growing economy among the large global economies, he said the country is also receiving historically high FDI.

“IMF, World Bank all are saying in one voice. IMF also said that India is the shining star. World economists believe India is growing at a very fast rate... I have my own definitions of FDI. The first definition is First Develop India and the second is the Foreign Direct Investment. India is receiving historically high rate of FDI,” he said.

In the last two years, black money to the tune of Rs 1.25 lakh crore have been unearthed due to various initiatives of the government, Modi added. 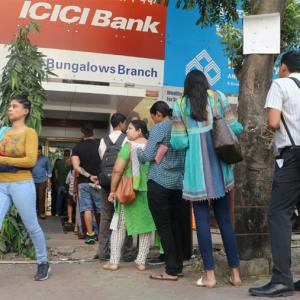