The study found that 50% of the people were receiving either nothing or less cash than they were entitled in lieu of the subsidised grains that were stopped under the pilots starting from September 2015 till May 2016. 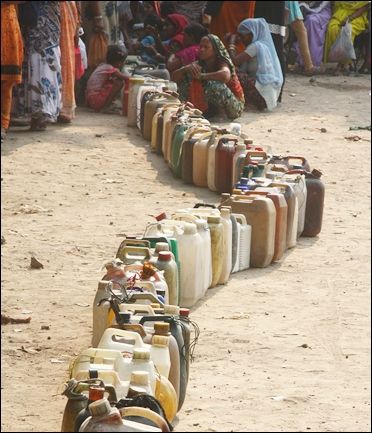 Image: File photograph of a queque outside a ration shop to collect kerosene in Chandigarh. Photograph: Ajay Verma/Reuters.

After more than a year of their launch, the government’s pilot programmes to replace subsidised food grains with cash in three Union territories -- Chandigarh, Dadra Nagar Haveli, and Puducherry -- have failed, suggests results of an ongoing study commissioned by the Niti Aayog and the department of food of the Union government.

These results were submitted in August 2016.

The research found that 50% of the people were receiving either nothing or less cash than they were entitled in lieu of the subsidised grains that were stopped under the pilots starting from September 2015 till May 2016.

The study also concluded, based on sample study, that 17% received more cash than what they were entitled to.

For more than 40% of the money transferred in lieu of food grains since the beginning of the pilots it could not be verified that the money has reached the hands of the beneficiary.

Households on average have ended up spending Rs 103-207 per month more on average from their earnings in the three Union territories to buy as much grain from market as they got through ration shops earlier.

The amount per family has consistently fallen short for people in the three UTs to buy grains from market.

The study was meant to assess if the pilots had achieved their goal of all the beneficiaries receiving 100% of entitlements 100% of the time. The pilots have not though there has been some marginal improvement over the year.

The study concludes that in two of the three Union Territories, Chandigarh and Pondicherry, a year after the pilots were launched, only 40% households prefer cash over subsidised food grains even after a year of the scheme being rolled out.

The study, ‘Process Monitoring of Direct Benefit Transfer in the PDS Second Quarterly Report’, was carried out by J-Pal South Asia which is based at the Institute for Financial Management and Research and an associate of the Massachusetts Institute of Technology based research group by the same name.

The research’s findings on Puducherry are particularly revealing considering that the Union Territory had in just two months of the experiment reverted back to giving 10 kgs of subsidised food grains as well as cash after facing a public uproar. Yet the cash scheme has not found many takers, the study suggests which stays quiet on the fact that Puducherry provides grains as well as cash.

The report’s findings gain importance in context of the advocacy in the latest Economic Survey favouring a Universal Basic Income at the cost of existing social sector programmes of the government, such as the Public Delivery System (PDS).

A UBI to replace social sector spending in kind has earlier also been termed as cash transfer scheme -- exactly what the government has attempted under the National Food Security Act in the three Union territories.

Business Standard reviewed the results of the research presented to the Union government.

While Finance Minister Arun Jaitley in a post-budget interview told Business Standard that UBI is a “fantastic” and “beautiful” idea, but added “India’s politics is yet to mature and in a politics that has not matured UBI is impossible.”

The study results show that the systems and infrastructure may not yet be in place to roll out a UBI or cash transfer scheme.

The three UTs presented an easier bet for the government to pilot the cash transfers as all three locations are relatively well urbanised with much better infrastructure and a greater say of the Central government in implementing the pilots.

The study was done over two rounds, the latest being concluded in August 2016 and it still found high levels of problems though the study did register some improvement over the two rounds.

In its analysis the authors of the study concluded, ‘A Significant proportion of the total disbursement is still not identifiably reaching beneficiaries.’

It also concluded that significant proportion of beneficiaries were still receiving no money at all with payments either going to bank accounts beneficiaries did not access or there was a processing error.

There were also significant variations in the overall monthly disbursements. This bit was independently confirmed by Business Standard also for one union territory where data was available in public domain.

The study reported to the Union government, ‘Of the amount disbursed from Union territory administrations for sample households, less than 60% is verifiably getting into the hands of beneficiaries.’

From September 2015 to June 2016 the governments of three UTs claimed they had distributed Rs 1,05,50,207 into beneficiaries accounts after stopping their subsidised grains. But the study found that Rs 42,42,323 could not be traced to the beneficiaries.

The researchers were also unable to pin down how some beneficiaries were receiving more cash than what they were entitled to. After a year of implementation of pilots, the proportion of beneficiaries receiving full transfers month on month continued to fluctuate and was far from hundred percent.

During the sample study the research also found that there had been a slippage in the scheme over time with a significant 17.6% of sampled beneficiaries who initially got the cash stopped receiving it as the scheme rolled out through the months.

From the sample study, researchers also found that nearly a quarter of people had formally lodged grievances against the scheme but none of them had used the toll free number given to do so with less than a third being even aware of it.

Most of the complaints were about the fact that the money given was not enough to buy equivalent 5kg of rice from the market.

The time study conducted along with found people actually spent additional time and money to access the cash as compared to the PDS earlier from the ration shops with people paying between Rs 90-75 per month extra to access the cash in lieu of grains.

In all people had ended up paying between Rs 103-207 per month per household on average more from their pockets to buy the same amount of grains that they got through ration shops. 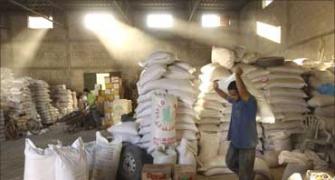 By 2016, biometrics to plug PDS leakages 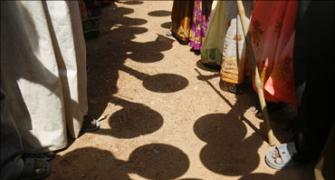 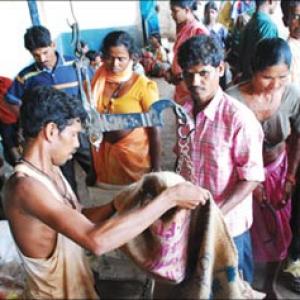