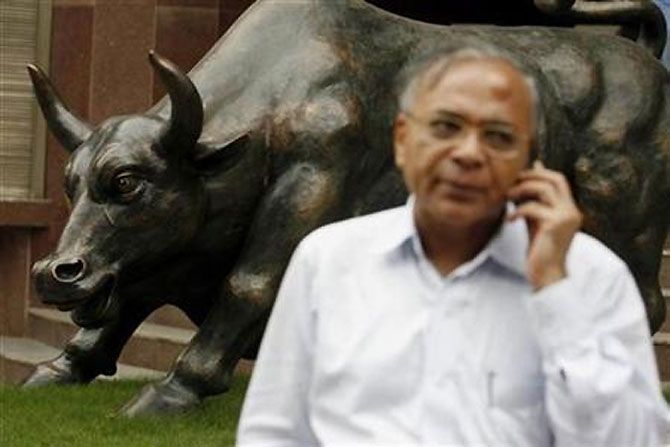 In the early 1990s, when Harshad Mehta was trading in Associated Cement Company’s stock (known only as ACC now), which rose from Rs 200 to Rs 9,000, he propagated a unique concept to justify the valuations - replacement cost theory.

He argued that old companies should be valued on the basis of the amount of money which would be required to create another such company.

Whenever markets rally and valuations get expensive, analysts and experts always have a theory to justify stock prices.

The current market is no different. “Investors can burn their fingers if they follow the optimism of stock market experts and follow their investment rationale for scripts that have rich valuations,” says Arun Kejriwal, director, KRIS.

He says it’s time for investors to be very cautious, as the S&P BSE 500 index is currently trading at a price-to-earnings ratio of 24, very close to the valuations we saw in 2008.

In the current rally, there are four investment concepts being used to justify the valuations.

Scarcity premium: When there are very few companies operating in a particular space and doing well financially, investors put a scarcity premium on them.

It signifies that there are limited opportunities in that segment and some are willing to pay extra for these. Logistics companies are one example.

Investors who want to take exposure to the growing e-commerce space in the country are increasingly looking at logistics companies benefiting from the online shopping boom.

As there are only a few players, they are enjoying a scarcity premium.

“This concept is also prevalent during initial public offerings (IPOs). Investment bankers use it to price an issue aggressively,” says G Chokkalingam, founder of Equinomics Research and Advisory.

Sunrise sectors: In the current market, insurance and defence companies are examples.

Analysts justify paying a high premium for them as these industries are in a nascent stage and have the potential to grow exponentially.

Such cases have been made for many sectors in the past, like information technology companies.

After a few years, investors realise the promised growth was hard to come by.

Growth stocks: These companies are usually the darlings of investors, as they have a track record of compounded annual growth rate of 20-30 per cent - even more in some cases.

They enjoy higher valuations than the broader index, irrespective of market conditions.

There are some private banks, fast moving consumer goods companies and automobile stocks where this trend is visible.

While the premiums are justified in such cases, the question is how much more an investor should be willing to pay.

“They may look expensive all the time if you compare them to the broader market. An investor needs to look at the lows these stocks have made historically and then decide on the premium,” says Kejriwal.

For example, take a look at the past price-to-book value of private banks and see the highest and the lowest valuations they have traded at.

That would give you a fair idea about when to enter.

Earnings will catch up: It’s another way analysts justify good companies with rich valuation or businesses in a sunrise sector.

They say that the stock might look expensive but future earnings justify the price.

“The most commonly used valuation matrix is price/earnings-to-growth (PEG) ratio. This is a good tool to measure a company’s expected growth. The problem is that many use two-year or three-year forward earnings while calculating it, to justify the high valuations,” says Kejriwal.

“In the current market, there’s a lot that investors need to be wary of. There’s a bubble in small- and mid-cap stocks, valuations of some microfinance companies are much higher than those of well-established private banks and small infrastructure companies are irrationally priced. In the past, whenever investors followed investment rationales of stock market experts in justifying such valuations, they have seen investments erode by more than 50 per cent on the correction that followed the rally,” says Chokkalingam.

Experts say that when the Goods and Services Tax (GST) Bill is passed, the markets might start seeing correction.

Whatever the markets were expecting has already happened - like the monsoon and the pay commission.

The current rally is driven by just one event - the GST Bill.

“When an epic event that markets have been waiting for actually occurs, there’s always euphoria, followed by correction,” says Kejriwal.

So, place your bets diligently. Don’t get swayed by novel investing concepts.

In such market conditions, it is better to be safe than sorry. 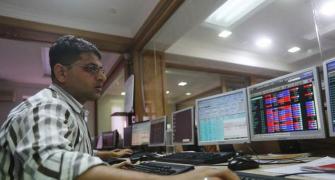 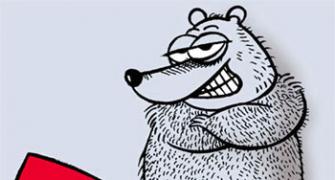 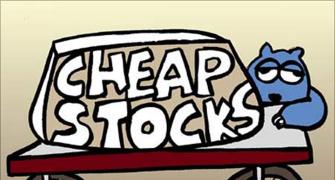 Why you must be very careful before buying cheap stocks 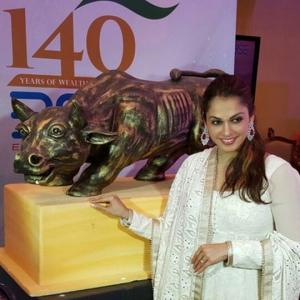