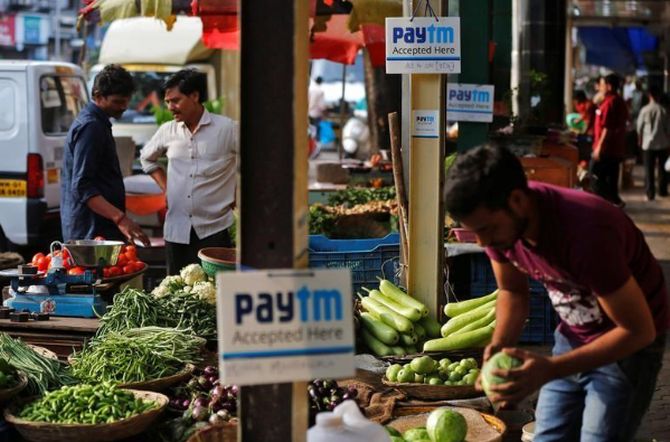 In the next few months, Vijay Shekhar Sharma-led company is planning to launch services including mutual funds, general insurance, life insurance and a number of banking services via its payments bank.

The firm, owned by One97 Communications, is also providing the option to transact offline with a physical debit card.

“There is a lot of interest among consumers for physical debit cards. Within a time period, we have received orders from 850 towns.

"We are in the process of setting up banking outlets that will provide deposit, cash withdrawal, money transfer and other permitted banking services to the segment of customers who require assistance,” said Renu Satti, managing director and chief executive officer, Paytm Payments Bank, said.

The company is set to add more than 100,000 Paytm banking outlets to expand the reach of its banking services.

It has committed $400 million over the next three years to expand offline distribution network by allowing trusted local partners to act as potential cash-in and cash-out points.

“Some of the services, especially wealth management, lending and insurance, will be provided in partnership with other banks and financial institutions after due regulatory approvals,” Satti said.

Paytm Money, the company set up recently to deal in money market fund, is in discussions with asset management companies to offer direct mutual fund investments.

Initially, the company will not charge any fee or commission from users who invest in mutual funds via Paytm Money.

The company, however, is keeping plans under wraps and has not yet revealed if it would set up a separate app for the services.

Paytm Money would be the investment advisor and claims there would be no hidden margins or commissions.

“While there are multiple ways Paytm can earn revenues, at this point, we are making sure our investments are in the direct mode.

"At this point, we want to ensure we are letting investors invest for free,” Pravin Jadhav, senior vice-president of the new venture, had earlier said.

Both the companies have Sharma as one of the directors.

The company has not made any announcements on who would be heading these companies as of now.