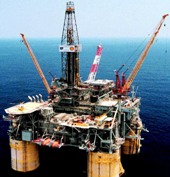 Oil and Natural Gas Corporation has forced Cairn India to cap oil production from its giant Rajasthan oilfields, which can produce 20 per cent more immediately, oil regulator DGH on Friday.

"We had sometime last year received a proposal from Cairn India saying they can raise output from existing 125,000 barrels per day to 150,000 bpd with existing facilities. But the application did not have endorsement of ONGC (with partners Cairn in the Rajasthan fields). So we returned it in original to Cairn," a senior DGH official said.

Cairn India produces 125,000 barrels of crude oil per day (6.25 million tonnes a year) from Mangala oilfield, the largest among the 15 discoveries in the Rajasthan block RJ-ON-90/1.

The company had in August 2010 told the oil ministry and sector regulator directorate general of hydrocarbons that output from the Mangala field can be raised to 150,000 bpd (7.5 million tons) without any new investment.

"Legally speaking, we can approve the plan only after ONGC, which holds 30 per cent interest (in the Thar dessert fields), also endorses the move. I believe ONGC has so far not agreed to raising output and so Cairn continues to produce oil at old levels," the official said.

India meets 75 per cent of its oil needs through imports and not producing 1.25 million tonnes of crude oil does not agur well for the country's energy security, experts said. Sources said Cairn India has completed drilling 74 wells but is producing oil from only 48 wells.

The facilities at the Mangala field can sustain output of 150,000 bpd output. UK's Cairn Energy Plc, which holds 62.38 per cent stake in Cairn India, had on August 16 announced sale of its 40-51 per cent stake in the company to London-listed Vedanta Resources for up to $8.48 billion.

Industry watchers said Cairn Energy has had differences with ONGC on the state-owned company having pre-emption rights and the standoff is costing the nation dear of precious oil.

Cairn has rejected ONGC's claim of having pre-emption rights by virtue of its shareholding in Rajasthan and most of its 9 other properties in India.

The Edinburgh-based firm says the deal with Vedanta is a corporate transaction and not an asset sale which would trigger a pre-emption right of partner.

ONGC, however, feels it has right of first refusal or pre-emption rights.

The DGH official said a company cannot produce more oil or gas than has been approved by the regulator. So far, DGH has approved an output of only 125,000 bpd.