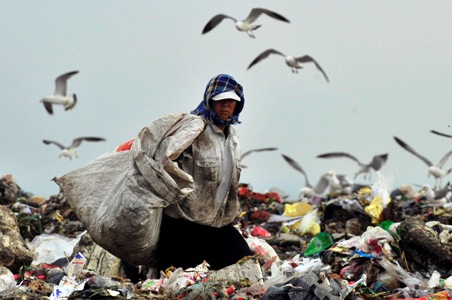 China has about 36 million people, including four million children below six years, living in 'extreme' poverty, an official survey in Beijing said.

Among the 36 million people in China who live in 'extreme' poverty, 3.3 to 4 million are children aged 0 to 6 years, a report released by official organisations All-China Women's Federation and National Health and Family Planning Commission said.

The report also showed that the children who suffer from malnourishment are six to eight times more likely to grow at a slower rate than those living in urban areas.

More than half of the children living in extreme poverty suffer from zinc deficiency, state-run Global Times reported on Wednesday, citing the survey.

A staff member from the research team said that some 6-year-old children he saw in rural areas were only as tall as 2-year-old's, it said.

Officials say that China continued to have pockets of poverty despite massive development in the last three decades uplifting over 600 million out of poverty.

Last year, China's Poverty Alleviation and Development said under the formula of the dollar a day, over 82 million people in China officially remained below poverty in the world's second largest economy.

The numbers could scale up to 200 million going by the World Bank's calculation of $1.25 a day.

According to the data released by PAD in just over three decades, 600 million people have moved out of poverty in China.

At the end of 2013, 82 million people remained in poverty in rural areas, down 16.99 million from 2012, it said, releasing fresh figures of China's poverty alleviation efforts.

The Chinese poverty figures, however, vary from the domestic and international formulae.

According to a standard adopted in 2011, rural residents with an annual net income of about $375 or less are classified as 'poor' in China, while 'extreme' poverty, according to the World Bank, is measured by the international poverty line of $1.25 a day.

There are difficulties in solving the problems as poor populations are concentrated in extremely poor contiguous regions with poor living conditions, inadequate infrastructure as well as being afflicted with natural disasters, said Zheng Wenkai, vice-minister who headed the PAD.

"It's a tough nut to crack. Poverty is a weak point for our goal of building a moderately prosperous society in all respects by 2020," he said.

Image: A garbage collector looks for recyclable waste as seagulls look for food at a garbage dump site in Dalian. Photograph: Reuters