Railways is testing waters for locomotives to run on lithium-ion batteries, the most common ones used in electric vehicles. 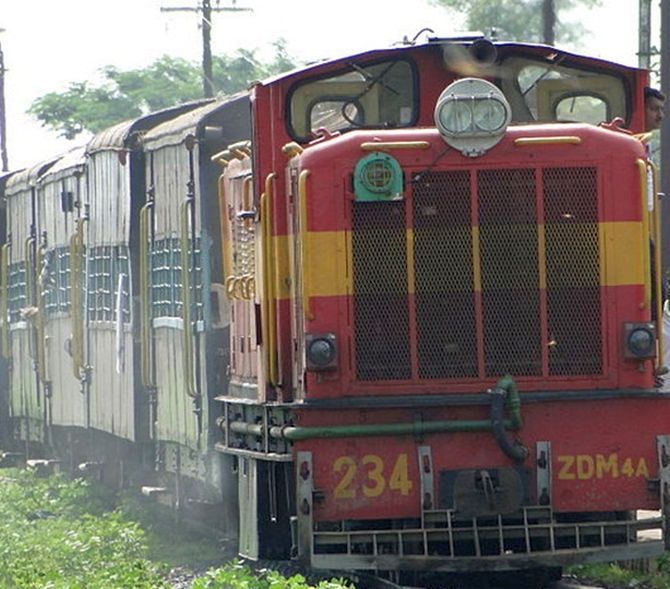 After a push for electrification, the Indian Railways is now testing waters for locomotives that can run on lithium-ion batteries.

Chittaranjan Locomotive Works will be making 10 such railway engines.

A locomotive, powered by lithium-ion batteries, has already been developed and put into operation at the Eastern Railway.

Lithium-ion batteries are the most common ones used in electric vehicles (EVs) and has higher energy density compared to their weight.

“With plans for full-electrification of the Indian Railways gathering momentum, these battery locomotives will be used for small functions like shunting or transfer of small equipment within a station or covering small distance,” said a senior Railways official.

Presently, shunting operations are done by diesel locomotives that are not considered energy efficient.

This comes at a time when the NITI Aayog has lined up its ambitious targets like full conversion to EVs for three-wheelers by 2023, and two-wheelers by 2025.

“This will be working on dual mode wired (25 kv) and wireless - so that the locomotive works even without grid connected power.

However, it will be able to pull freight and passenger trains at low speed when on battery mode,” the official said.

In this new locomotive, the mode of operation from electric traction to battery can be changed by a simple switch operation.

The battery operated shunter is capable of moving passenger train with up to 24 coaches and freight train of 58 BOXN (a type of wagon).

The battery-operated locomotives would be produced on a large scale for shunting operations, as the national transporter wants to electrify balance broad gauge (BG) routes by 2021-22.

Compared to an average 608 route kilometres (RKM) per year of electrification done in the period 2009-14, the average electrification of railway tracks had increased to 2,737 RKM per annum between 2014 and 2019.

During the current financial year, electrification of only around 1,000 km has so far been completed.

Officials expect the pace to increase by the end of the year.

Interestingly, this is not the first time the Railways is using battery-operated locomotives.

Sonarpur car shed had earlier converted an old periodic overhaul motor coach into battery operated shunter through their own technology in the early 2000s.

“The major difference this time is that the Railways is also joining the lithium-ion club,” the official said.