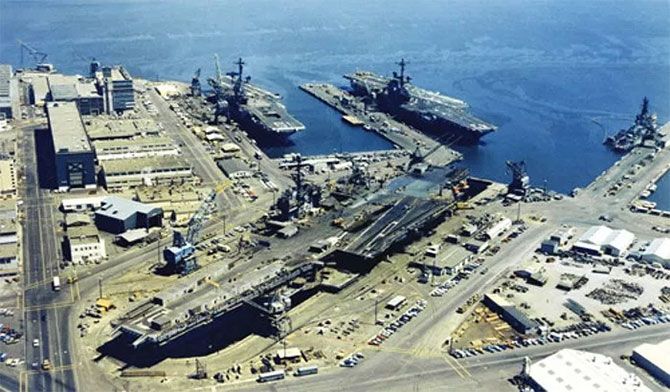 The company has developed several products which are import substitutes as well as innovated to develop indigenous armour plate for ballistic protection, Essar Steel said in a statement on Thursday.

The estimated expenditure in defence sector is over $200 billion over the next five years.

Essar Steel aims to participate in the indigenisation of products used in naval defence, including naval destroyers, offshore patrol vessels used by both Navy and Coast Guard, rocket launchers, floating docks and submarines.

In land defence, their products are used for battle tanks, motor casing of missiles, mine protected and combat vehicles, military and civil vehicles, artillery guns, morcha and machan.

"The defence sector is witnessing exponential growth. Essar Steel would like to be a part of this growing segment so we can capitalise on our strengths, which include state-of-the-art manufacturing and product development," Essar Steel MD and CEO Dillip Oommen said.

"We have developed an excellent track record by successfully supplying steel to many defence projects. This has given us the confidence and encouragement to expand our product portfolio for this segment," Oommen said.

The revised Defence Procurement Policy 2016 encourages 'Make in India' and supports indigenous manufacturing of defence equipment and spares. The goal is to achieve an indigenisation level of 60 per cent to 70 per cent, against the existing 40 per cent.

Apart from saving foreign exchange for clients, it will bring about self-sufficiency and self-reliance, as well as position the country as an exporter of defence goods.

While Essar Steel has been servicing the defence sector for the past six-seven years, the entry of private players in this sector has enhanced the marketability of its products.

Essar Steel has set up a 1.5 million tonnes per annum 5-metre-wide steel plate facility at Hazira to meet the requirements of the defence sector.
The plant has three types of rolling capabilities that include thermo-mechanical controlled rolling, normalised rolling and temperature controlled rolling.