The issuance of NBWs by a court also opens door of seeking Red Corner notices against both of the accused from the Interpol. 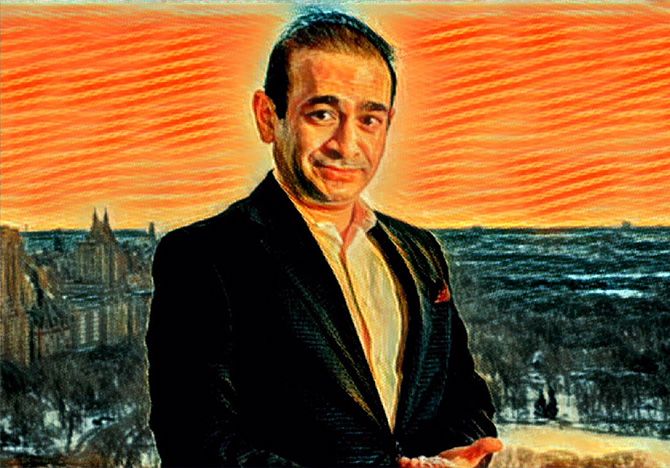 A special Central Bureau of Investigation court in Mumbai has issued non-bailable warrants against billionaire diamantaire Nirav Modi and his uncle Mehul Choksi in connection with the cases related to over USD 2 billion banking fraud in the Punjab National Bank, officials said on Sunday.

The special court has allowed the application of the agency for the issuance of NBWs against Modi and Choksi who had repeatedly refused to join the investigation in the scam, considered the biggest in the banking history of the country, the officials said.

The agency had written to Modi and Choksi to join probe on their official e-mail ids but they have refused to join it citing business engagements and health issues.

The issuance of NBWs by a court also opens door of seeking Red Corner Notices against both of the accused from the Interpol.

The government has claimed to have tracked Modi in Hong Kong where it has sent a request for his provisional arrest.

The CBI, in the meanwhile, is questioning officials of overseas branches of Indian banks which had extended credit facilities to the companies of Modi and Choksi on the basis of fraudulent Letters of Undertaking issued by the Punjab National Bank's Brady House branch in Mumbai.

The agency has also summoned the official who handled foreign exchange transactions in the Hong Kong branch of the Allahabad bank, they said, adding that he may join the probe soon.

It is alleged that the LoUs and LCs worth close to USD 2 billion were issued to the companies of the uncle-nephew duo of Choksi and Modi from the Brady Road branch of the bank through SWIFT (Society for Worldwide Interbank Financial Telecommunication) messages.

Several bank employees have been booked for collusion in the case, they said.

The LoU is a guarantee which is given by an issuing bank to Indian banks having branches abroad to grant a short-term credit to the applicant. In case of default, the bank issuing the LoU has to pay the liability to the credit giving bank along with accruing interest.

These messages were allegedly not entered in the banking software of the PNB to bypass surveillance.

Modi, 46, a regular feature on the lists of rich and famous Indians since 2013, was booked by the CBI, along with his wife, brother and Choksi for allegedly cheating the state-run PNB.

Both Choksi and Modi have been booked in two cases each related to the bank fraud.

The uncle-nephew duo had managed to flee the country in the first week of January days before the PNB was able to detect the fraud.

The bank officials also fraudulently issued foreign letters of credit or FLCs in which the PNB guaranteed payment on behalf of the accused to their suppliers which was to be recovered from the firms of Choksi and Nirav Modi, they alleged.

Funds raised through LoUs were meant to be used for the payment of import bills of the accused companies whereas it was dishonesty and fraudulently utilised for discharging the earlier liabilities on account of buyer's credit facilities in a kind of roll over of payments, they alleged.

The PNB has alleged in its complaint that they opened the Letters of Credit initially for smaller amounts by creating purported entries in the core banking system, they said.

The accused bank officials pursuant to the conspiracy unauthorisedly enhanced the values of the FLCs and issued amendments to the FLCs issued through SWIFT which were encashed in overseas branches of Indian banks.

According to the RBI guidelines, LoUs for gems should not be valid for more than 90 days.

The CBI had approached the Interpol with a request for issuing 'Diffusion Notice' which was aimed at locating an individual. 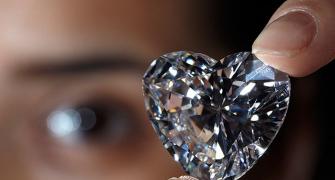