No impact of COVID-19 on kharif sowing

Sowing of kharif crops begins with the onset of southwest monsoon from June, while harvesting starts from October. Rice is the main kharif crop, besides bajra, arhar, urad, moong, groundnut and soyabean. 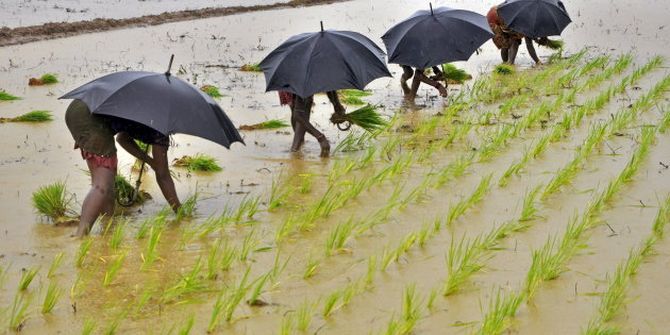 There has been no impact of COVID-19 pandemic on kharif (summer) sowing as the total area planted to rice and other crops has increased by 21.20 per cent to 691.86 lakh hectare so far in the current season, the Agriculture Ministry said on Friday.

The country has so far received good rainfall and water level in 123 reservoirs across the country is in good position, it said in the latest sowing data.

Sowing of kharif crops begins with the onset of southwest monsoon from June, while harvesting starts from October.

So, there is no impact of COVID-19 on progress of area coverage under kharif crops as on date, it said.

There has been significant increase in the planting of oilseeds and pulses so far during the ongoing kharif season.

Area planted to coarse cereals has increased by 12.23 per cent to 115.60 lakh hectare so far as against 103 lakh hectare a year ago.

Jule and mesta area has increased marginally to 6.88 lakh hectare so far in this kharif season from 6.84 lakh hectare.

According to the ministry, the country has received good rainfall at 338.3 mm against a normal of 308.4 mm as on July 16.