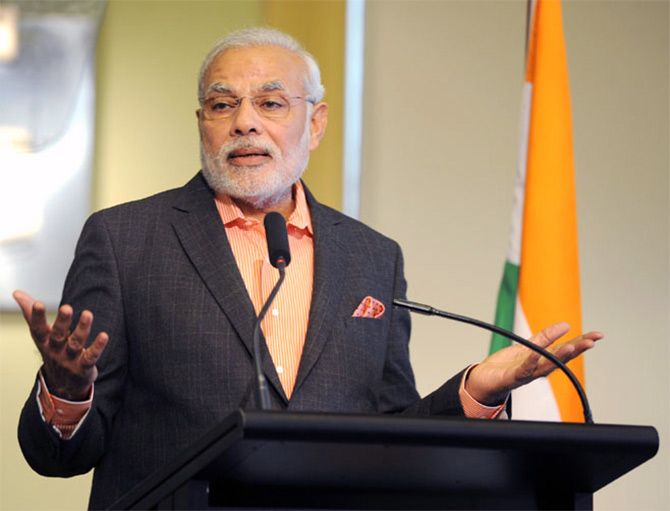 Privatisation of public sector banks or labour reforms should have been done by the government in its first two years.

Morgan Stanley's Chief Global Strategist Ruchir Sharma on Wednesday said no 'great' economic reforms are expected from the Modi government as the best time for major policy initiatives is the first two years of a new government.

"If you look at pattern of other countries, typically the best time to carry reforms happens to be in first year, especially first two years of a new government.

"And longer a leader stays in power, the more are the diminishing returns to power. . . So, in that way, first two years is sweet spot for when things are carried out by any government, because then focus begins to turn on getting re-elected," he told PTI citing his research.

Even in the case of the Modi government which assumed office in May 2014, he said, "the first year, until the Delhi election took place, there was no opposition.

"The government could have done what it wanted to do, according to me. After Delhi election opposition got galvanised. . ."

On what he hopes from the government, he said: "I have no expectation of any great reform any more.

He is in India to promote his latest book, titled The Rise and Fall of Nations: Ten Rules of Change in Post-Crisis World.

Stressing his point, he said even if one look at stock market prospective, 90 per cent of outperformance of market happens in the first two years of new government.

While he does not expect any major economic reform, Sharma said there may be some further liberalisation in foreign direct investment norms or changes in taxation front and "if we get lucky then we will get Goods and Services Tax".

He opined that major reforms like privatisation of public sector banks or labour reforms should have been done by the government in its first two years.

Building further on his point that reforms should be carried out by government in its initial years, Sharma said "and if government comes back to power a second time, the odds are that in second term government does not that much energy that it had in first term."

To a query whether India's election calender makes it difficult to carry out economic reform, he said, "its an excuse" because during elections in West Bengal and Tamil Nadu no central issues were being discussed but only local ones.