No cut in spectrum price as govt okays airwave auction

The Union government has set the ball rolling for the next round of airwave auction by approving the sale of 8,300 MHz spectrum across all 22 telecom circles, including for 5G services, in March-April at a reserve price of Rs 5.23 trillion.

The Digital Communications Commission (DCC), the apex decision-making body in the telecom department, has kept the spectrum price unchanged as it accepted the recommendations of the Telecom Regulatory Authority of India (Trai).

Critical of the DCC decision to proceed with spectrum auctions in the near future, Rajan Mathews, director general, Cellular Operators Association of India (COAI), said it wouldn’t be easy for the industry.

“With spectrum reserve prices four to six times higher than that of similar spectrum sold recently in several countries, high levels of debt and prevailing financial stress in the sector, telecom service providers will find it very difficult to raise funds to participate in the auctions.”

Of the spectrum to be put on sale, a lion’s share of 6050 MHz has been set aside for 5G spectrum that will enable services using cutting-edge next-generation mobile technology.

It’s another matter that most telcos including Vodafone Idea and Bharti Airtel have maintained that they would stay away from 5G auction due to high spectrum price in the midst of financial stress.

To lift the industry mood, Telecom Minister Ravi Shankar Prasad had said at an event in October that the government would bring in reform in spectrum pricing, but that hasn’t happened.

While there’s no spectrum price reduction, the DCC has decided to offer a two-year moratorium on payment for the airwaves across bands, besides relaxation in upfront payments.

Trai had given recommendation for radio waves at a reserve price of Rs 4.9 trillion.

While setting the spectrum value at Rs 5.23 trillion, DoT has increased the quantum of airwaves, thereby maintaining the Trai price.

The quantum is up by a little over 150 MHz as the DoT has also included additional spectrum which will be free after licences of Reliance Communications, Bharti Airtel in eight circles and Vodafone and Idea Cellular in four circles each expire.

Installments will be spread over a period of 16 years, with a two-year moratorium for payment after the upfront amount is given.

This means that installments will have to be paid from the third year, in 16 annual tranches.

This is a change from the previous auction when spectrum payments had to be made in 10 annual installments.

Subsequently, in January 2017, the DCC revised the payment methods extending the duration for installments.

“The DCC has today approved the recommendations of Trai and we are hopeful that the auctions should be conducted sometime in March-April,” telecom secretary Anshu Prakash told reporters.

“The companies will have to make the remaining upfront payment a month before the allocation of the spectrum,” Prakash said.

In the 2020 auctions, the DoT will also offer the spectrum, the licences for which would expire in December 2021.

The 4G spectrum to be allocated to Bharat Sanchar Nigam (BSNL) and Railways would be excluded from these auctions.

Bids from agencies to conduct e-auction have already been invited. Interested companies can submit their bids by January 13, for which financial bids will be opened on January 24.

When asked about the approval to Chinese gear maker Huawei for 5G trials, Prakash said, “No decision has been taken as yet and will be taken soon and it will be in the best national interest.”

Meanwhile, the DCC at its meeting on Friday, also approved submarine fibre cable connectivity between Kochi and Lakshadweep island, and under the plan, 11 islands will be connected.

There will be two-way connectivity between and among the islands. 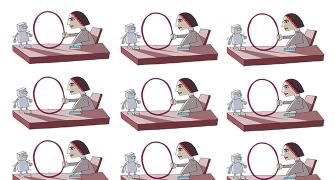 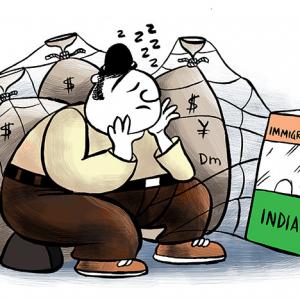