No change in protection for bank depositors, says FinMin 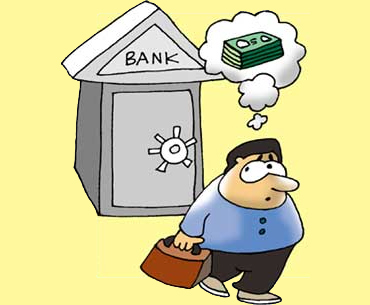 The Financial Resolution and Deposit Insurance Bill, 2017, under consideration of a joint parliamentary committee, is depositor friendly and provides more protection to them compared to existing provisions, the finance ministry said on Thursday.

The statement comes in the wake of "certain misgivings" that appeared in the media about 'bail-in' provisions of the FRDI bill.

The provisions in the FRDI bill do not modify current protections for depositors adversely at all, the ministry held, maintaining that these rather provide additional
protections in a more transparent manner.

"The FRDI bill is far more depositor friendly than many other jurisdictions, which provide for statutory bail-in, where consent of creditors or depositors is not required for bail-in," it added.

The FRDI bill, introduced in the Lok Sabha on August 11, 2017, is under consideration of the joint committee of Parliament. The panel is consulting all the stakeholders on the provisions of the legislation.

The government further said Indian banks have adequate capital and are also under prudent regulation and supervision to ensure safety and soundness as well as systemic stability. The existing laws ensure integrity, security and safety of the banking system.

In India, it said all possible steps and policy measures are taken to prevent failure of banks and protection of interests of depositors through issue of directions/prompt
corrective action measures, capital adequacy and prudential norms.

The FRDI bill will "strengthen" the system by adding a comprehensive resolution regime which will help ensure that, in the rare event of failure of a financial service provider, "there is a system of quick, orderly and efficient resolution in favour of depositors", the statement said.

The bill also seeks to deal with insolvency of financial service providers.

It provides for the establishment of a resolution corporation with powers relating to transfer of assets to a healthy financial firm, merger or amalgamation, liquidation to be initiated by an order of the National Company Law Tribunal.

It can also designate certain financial providers as systematically important financial institutions, the failure of which may disrupt the entire financial system, said the 'statement of objects and reasons' of the bill.