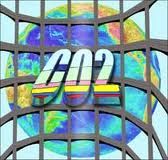 Scientists have discovered a long-lived man-made greenhouse gas that appears to have the highest global-warming impact of any compound to date.

The chemical -- perfluorotributylamine -- is the most radiatively efficient chemical found to date, breaking all other chemical records for its potential to impact climate, said researchers from University of Toronto's Department of Chemistry.

Radiative efficiency describes how effectively a molecule can affect climate.

This value is then multiplied by its atmospheric concentration to determine the total climate impact.

Researchers used the radiative efficiency of CO2 as a baseline for their comparison.

Carbon dioxide is used as the baseline for comparison since it is the most important greenhouse gas responsible for human-induced climate change.

"PFTBA is extremely long-lived in the atmosphere and it has a very high radiative efficiency; the result of this is a very high global warming potential.

“Calculated over a 100-year timeframe, a single molecule of PFTBA has the equivalent climate impact as 7,100 molecules of CO2,"

PFTBA has been in use since the mid-20th century for various applications in electrical equipment and is currently used in thermally and chemically stable liquids marketed for use in electronic testing and as heat transfer agents.

It does not occur naturally, that is, it is produced by humans.

There are no known processes that would destroy or remove PFTBA in the lower atmosphere so it has a very long lifetime, possibly hundreds of years, and is destroyed in the upper atmosphere.

"Global warming potential is a metric used to compare the cumulative effects of different greenhouse gases on climate over a specified time period," said Cora Young who was part of the research team, along with Hong and their supervisor, Scott Mabury.

Time is incorporated in the global warming potential metric as different compounds stay in the atmosphere for different lengths of time, which determines how long-lasting the climate impacts are, researchers said.

The study was published in the journal Geophysical Research Letters.
Source: PTI© Copyright 2021 PTI. All rights reserved. Republication or redistribution of PTI content, including by framing or similar means, is expressly prohibited without the prior written consent.
Related News: PFTBA, University of Toronto's Department of Chemistry, CO2, Angela Hong, Geophysical Research Letters
SHARE THIS STORY
Print this article 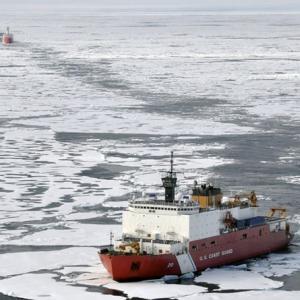