Although the premium will rise by 20-30%, it is safer to cover both content and structure 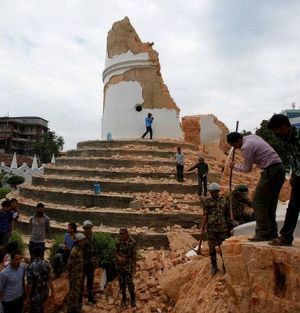 The earthquake in Nepal should come as a warning signal for people who don’t get adequate insurance cover while buying householder policies.

While one can buy fire insurance, to cover natural calamities like earthquake, storm, tempest, flood and inundation, policyholders must opt for the add-on cover to include ‘Act of God’ or special perils, at the time of buying a householder or shop policy.

Or else, you will not be entitled to any claims in case of natural calamities.

The add-on cover will increase premium cost by 20-30 per cent.

In case of industries or factories, the premium can also go up if the building is located in an earthquake prone area by another five to 10 per cent, say experts.

“In case of home insurance, we find that by and large, penetration of earthquake against structure of the building is higher, because lenders insist on it while sanctioning the home loan.

“But we advise that it is better to buy the cover to include both the structure and content,” says M Ravichandran, president (insurance) at Tata AIG General Insurance.

In some cases, a shopkeeper may decide not to take the cover for the contents of the shop if he feels it is not very valuable.

But in most other cases, it is safer to include both the contents and the structure in the add-on cover against natural calamities.

“Even though it is a useful cover to have, we have seen that even in a city like Mumbai, approximately only 20 per cent of the households are insured against natural perils, though most of the buildings or societies have their fire policy in place, due to compulsion under bye-laws of co-operative housing society,” says Divya Gandhi, head, general insurance and principal officer at Emkay Insurance Brokers.

If you are living in an apartment, then ideally your housing society should take an insurance to protect the structure against such natural calamities.

This will pay for any damages to the structure.

Remember the cover will pay only for the construction cost of the building.

It will not pay for the current market value, says Ravichandran.

This is because the market cost also includes the value of the land and that is not covered by insurance, Gandhi points out.

The practice of the residential building society taking cover for the structure is popular only in case of Mumbai, where the concept of housing societies is prevalent.

It is not as common in other cities, Ravichandran adds. ICICI Lombard General Insurance offers flood and earthquake covers as a part of its comprehensive householder or shopkeeper's policy, says Sanjay Datta, chief of underwriting and claims.

“It is part of our cover as realise that flood and earthquake are important perils that should be covered. So, even if a policy is available without these covers ideally you should buy it.”