Navi Mumbai airport to be named after Bal Thackeray

The Navi Mumbai International Airport will be named after Shiv Sena founder  late Bal Thackeray, the father of Maharashtra Chief Minister Uddhav Thackeray, it was announced on Thursday. 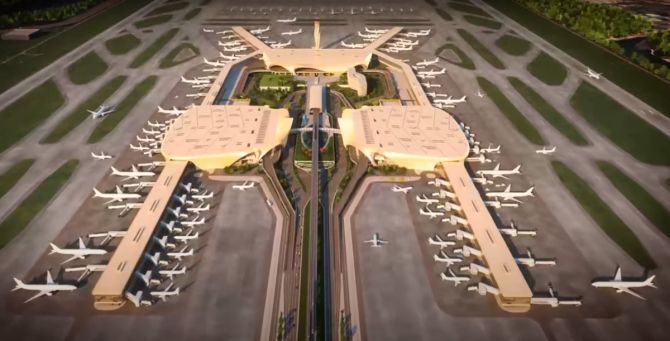 The airport, coming up in neighbouring Navi Mumbai, is expected to relieve the pressure on the Mumbai international airport.

Some local politicians had demanded that the new airport be named for farmer leader late D B Patil.  Urban Development Minister Eknath Shinde, who made the announcement, said the chief minister has assured the DB Patil Action Samiti, which is raising this demand, that  some other project will be named after the farmer leader.

"We have a lot of respect for D B Patil. The chief minister has requested the action committee to recommend any other project (to be named after Patil)," said Shinde, a senior Shiv Sena leader.

"One meeting has taken place (with the committee) and one more will take place. A positive outcome is expected," he said.

CIDCO, the state-run planning agency which is executing the greenfield airport project, proposed that it be named after Bal Thackeray, he said.