Prices of natural gas, which is used to generate electricity, make fertiliser and is converted into CNG to run automobiles, is likely to rise to record levels at the rate review scheduled this week, sources said. 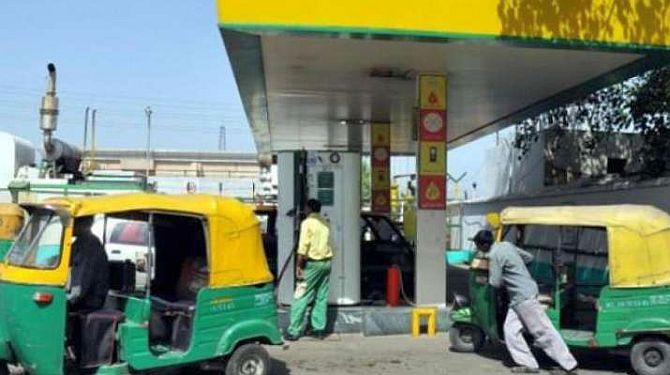 The government-dictated price for natural gas produced in the country is to be revised on October 1.

After factoring in the spike in energy prices witnessed in recent months, the rate paid for gas produced from old fields such as of state-owned Oil and Natural Gas Corporation (ONGC) is likely to rise to $9 per million British thermal units from current $6.1.

Simultaneously, difficult fields like the ones in Reliance Industries Ltd and its partner bp plc operated D6 block in KG basin, are likely to get around $12 mmBtu compared to the current rate of $9.92, two sources aware of the matter said.

Also, this will be the third increase in rates since April 2019, and comes on the back of firming benchmark international prices.

"The government has set up a committee to review the formula for pricing of domestically produced natural gas.

"It can for all practical reasons not revise prices on October 1, citing the pendency of issues before the committee," a source said.

The committee, under former planning commission member Kirit S Parikh, has been asked to suggest a "fair price to the end-consumer", according to an order of the oil ministry.

The panel, which includes representatives of the gas producers association as also producers ONGC and OIL, was asked to submit its report by the month-end but the same is likely to be delayed, sources said.

It also has a member from private city gas operators, state gas utility GAIL, a representative of Indian Oil Corporation (IOC) and a member from the fertiliser ministry, the order said.

The price of gas from old fields, which are predominantly of state-owned producers like ONGC and Oil India Ltd, was more than doubled to $6.1 per mmBtu from April 1, and is now expected to cross $9 per mmBtu next month.

Similarly, the rates paid for gas from difficult fields such as deepsea KG-D6 of Reliance, went up to $9.92 per mmBtu from April 1 against $6.13 per mmBtu. They are expected to rise to $12 per mmBtu next month.

Gas is an input for making fertiliser as well as power.

It is also converted into CNG and piped to household kitchens and a rise in its prices fuels inflation.

The panel has been asked to recommend a fair price to end-consumers and also suggest a "market-oriented, transparent and reliable pricing regime for India's long-term vision for ensuring a gas-based economy," the order said.

The sources said the increase in gas price is likely to result in a rise in CNG and piped cooking gas rates in cities, such as Delhi and Mumbai.