India's exports contracted for the fourth month in a row in November, dipping 0.34 per cent to $25.98 billion, mainly on account of poor shipments of petroleum, gems & jewellery and leather products.

Imports too declined by 12.71 per cent to $38.11 billion in November, narrowing the trade deficit to $12.12 billion, according to government data released on Friday.

Out of the 30 key sectors, as many as 17 segments showed contraction in exports during the month under review. 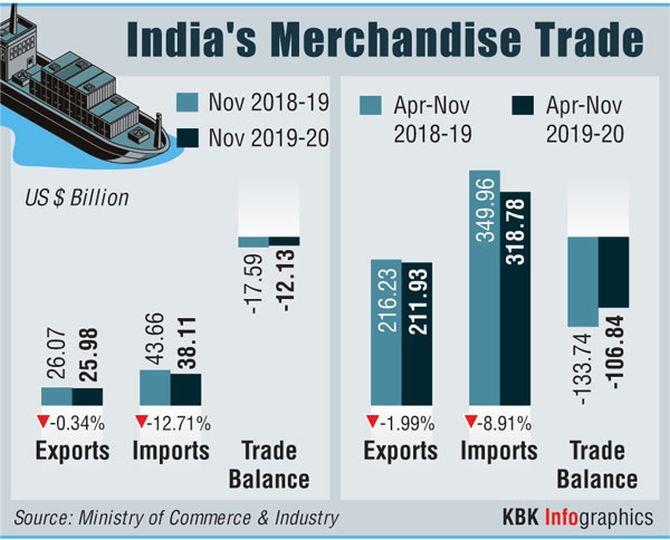 Commenting on the data, EEPC India chairman Ravi Sehgal said though engineering exports have put up a reasonably good show with 6.32 per cent growth in November 2019, the overall external trade environment remains challenging and subdued.

"We are working with the government to improve our competitiveness and hope that the issues raised by exporters, like the higher cost of basic raw material of steel, are addressed,'' Sehgal said.