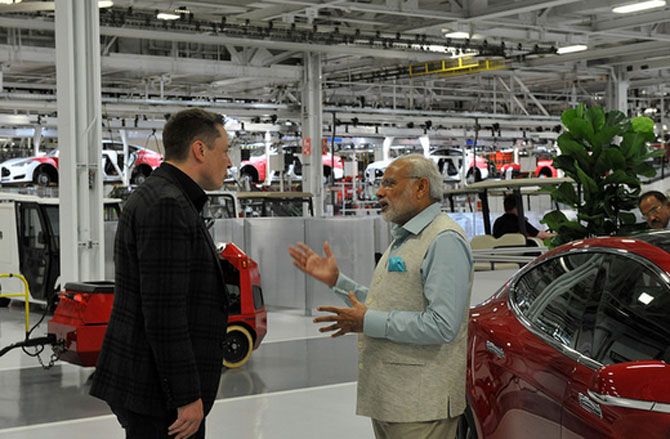 Prime Minister Narendra Modi has discussed with Tesla motors CEO the implications of the revolutionary battery technology in India and developments in renewable energy as he visited the American automotive company's iconic headquarters in San Jose.

"Tesla CEO Elon Musk and Prime Minister Modi discussed Tesla's developments in battery technology, energy storage and renewable energy, and the positive implications of this innovation for India," Tesla spokesperson Ricardo Reyes told PTI after Modi had an hour-long trip at its headquarters.