Bharti Airtel chairman Sunil Mittal on Wednesday said the regulatory regime needs to be simple to avoid fresh litigations in the telecom sector, asserting that collaboration among competing players, lower duties and reduction in spectrum pricing will help unleash the full potential of the industry.

The telecom czar noted that the "temperature" of the industry needs to be lowered when it comes to litigations and appealed to the government to look into the matter.

The timely reforms that were announced brought in cheer and heightened comfort for all the active players in the sector, Mittal said and urged the industry counterparts to focus on building the next wave of connectivity in the run-up to 5G and beyond. 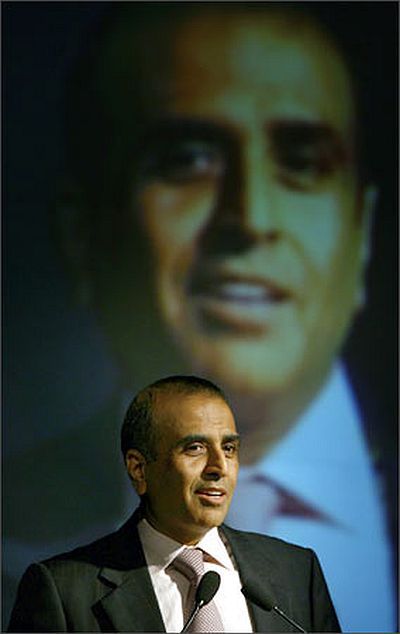 Mittal, who was speaking at the India Mobile Congress event, made a passionate plea for the industry to come together to collaborate and co-build infrastructure, even while competing aggressively in the market for customers.

A collaborative approach to infrastructure would avoid duplication and "lower the cost structures for serving the most affordable tariffs anywhere in the world", he said.

"There is so much duplication in the industry, whether it is in the area of towers or fibre.

"We need to start to talk to each other, do co-builds, like the world is doing, share more tower infrastructure and ensure that while we fiercely compete, we also collaborate...," Mittal said.

The telecom industry stalwart also flagged the high litigation in the sector and said the regulatory regime needs to be simple to avoid fresh litigations going forward.

"I would also like to request the government that one area where they need to lower the temperature of our industry is really in the area of litigation...A lot of litigation still remains," Mittal noted.

New cases must be avoided, he added.

Addressing the issue of high litigation in the sector would "release the energy of the industry in the gainful and rightful way", he noted.

Mittal rued that the sector duties still remain high, an area that has been highlighted by the industry time and again.

"Spectrum remains expensive. So, some of these areas also. I would appeal to the government to continuously look at it for the benefit of our digital dream," Mittal added.

He pledged the industry's support in providing the finest, latest, cutting-edge digital technologies to the country.

Citing the reforms package announced by the government recently, Mittal said it was "lapped up" by the markets and stakeholders of the industry.

There is now a great degree of confidence and hope that the players which now remain will set the agenda for building India's digital future.

He recalled that the industry had passed through great difficulties over the last few years, and the number of players shrunk from nearly 12 to 3 private operators.

"It was, therefore, very important that the Government intervention was required and it was timely to ensure that the players are concentrating on market development, are concentrating on building India's digital highways and serving the digital dream of our Prime Minister rather than having internecine fights in the market place," he said.

The measures taken in the last round of reforms holds a great degree of promise for the industry, he observed.

The deferment of AGR by four years, giving a moratorium, has been a great relief for at least one of the operators, who desperately needed this, Mittal said.

"All in all, I would say the government has moved in a remarkable fashion. And we are all encouraged listening to our telecom minister who said this is just the start and we will start to see ushering in of more reforms for this industry, which we all agree is vital for the digital vision of our country," he noted.

Mittal said he remains excited about India's future in telecom.

"It's a very large market, over a billion active broadband users makes it one of the most attractive markets for any investing community in the telecom sector.

"It is, therefore, no wonder that people are investing with their feet in the Indian telecom industry now," Mittal pointed out.

It is pertinent to mention here that the telecom sector, got a shot in the arm with the government approving a blockbuster relief package for the industry, which included a four-year break for companies from paying statutory dues, permission to share scarce airwaves, change in the definition of revenue on which levies are paid, and allowing 100 per cent foreign investment through the automatic route.

The measures, aimed at providing relief to companies like Vodafone Idea Ltd (VIL) that have to pay thousands of crores in unprovisioned past statutory dues, also included the scrapping of spectrum usage charge (SUC) for airwaves acquired in future auctions.