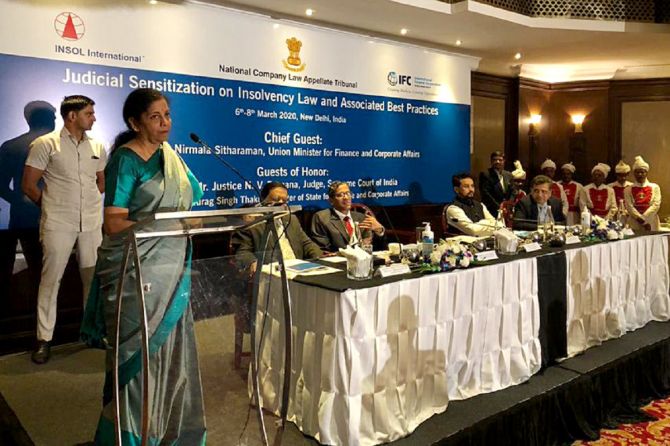 Unlike the corporate insolvency resolution process (CIRP), where the resolution professional takes charge of the company, the sub-committee has proposed a debtor-in-possession model for prepacks.

The Insolvency and Bankruptcy Code (IBC) may make a skeleton provision enabling prepack, and prescribe the contours of subordinate legislation, that will allow the government to introduce "many sophisticated variants of prepack in the course of time".

The future phases would cover a default above Rs 1 crore, followed by Re 1 to Rs 1 lakh and then the pre-default stress which would require consent of 75 per cent of the creditors to avoid any potential misuse, said the sub-committee.

"The committee has invited industry suggestions for the scheme by January 22. "Given the urgency to roll out a prepack, the IBC may be amended quickly, preferably by an Ordinance," said the committee.

The corporate debtor would require the consent of a simple majority of unrelated financial creditors for initiation of the prepack.

The framework also specifies that no two proceedings -- prepack and CIRP -- under the Code shall run parallel.

The committee of creditors (CoC) should approve or reject a resolution plan, like it does in a CIRP, according to the framework proposed.

Market participants will get 90 days to submit the resolution plan to the adjudicating authority, and 30 days thereafter to approve or reject it.

Provisions of 29A that prohibit persons with specified disabilities to submit a resolution plan must not be diluted in the design of the prepack framework, added the committee.

Since the success of the prepack hinges upon the cooperation and active participation of the CD, its promoters, management, and the board of directors in the process the draft proposal has laid out tasks that have to be undertaken before commencing the prepack. These include a board meeting, followed by a general meeting of shareholders of the CD, to approve the proposal to initiate the prepack.

The committee has recommended a faster and simplified claim verification process and criminal action if the CD provides any wrong information or fails to provide material information with respect to any claim.

It is also proposed that access to interim finance should be available, subject to the approval of the CoC, as is the current requirement under Section 28 of the IBC, and it shall be included in the insolvency resolution process cost.

In order to provide a calm period for working out a resolution plan, the sub-committee has said the moratorium under Section 14 should be available till closure of process.