Maran bros threatened to kill me: Aircel chief to CBI

Former Aircel Chief C Sivasankaran has told the Central Bureau of Investigation that the then telecom minister Dayanidhi Maran and his brother Kalanidhi had allegedly issued life threats forcing him to sell his firm to a Malayasia-based tycoon, a charge rejected by the Dravida Munnetra Kazhagam leader.

He has provided the CBI a list of over 10 witnesses, mostly based abroad, to buttress his point that he was threatened by the Maran brothers, CBI sources said.

The list provided by Sivasankaran includes some bankers, venture capitalists, and lawyers who will be examined by the CBI in the course of its investigation into alleged irregularities in the award of licenses during the tenure of Dayanidhi as telecom minister.

In his statement, Sivasankaran has alleged that Kalanidhi, owner of Sun TV, had threatened him to sell Aircel to the Malaysia-based Maxis Chief T Anandakrishnan who is considered close to him, sources said.

Maxis had earlier issued a statement claiming its investment in Aircel was in full compliance with Indian laws and had the approval of the requisite authorities. Dayanidhi had also refuted allegations against him by Sivasankaran.

"Most of you have been trying to make a story today saying that I forced, arm-twisted and strangulated a person to sell his business to other person. Let me tell you Sivasankaran is not a millionaire, but a multi-billionaire. No one can force anyone to sell the business," Maran had told reporters in Chennai.

The agency has registered a preliminary enquiry into allegations of irregularities in the award of telecom licenses between 2001-07 on the instructions of the Supreme Court.

The agency is likely to take a call on converting it into a regular case after filing its third supplementary chargesheet in the ongoing spectrum allocation scam which is likely by June 30, they said.

The agency is working on the inputs provided by Sivasankaran and whether those named by him could used as witnesses during the trial, they said. 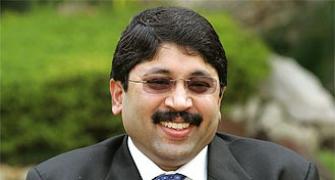 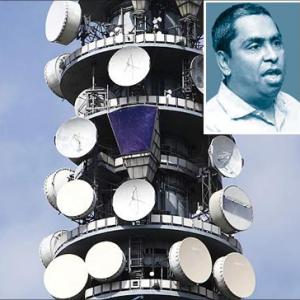