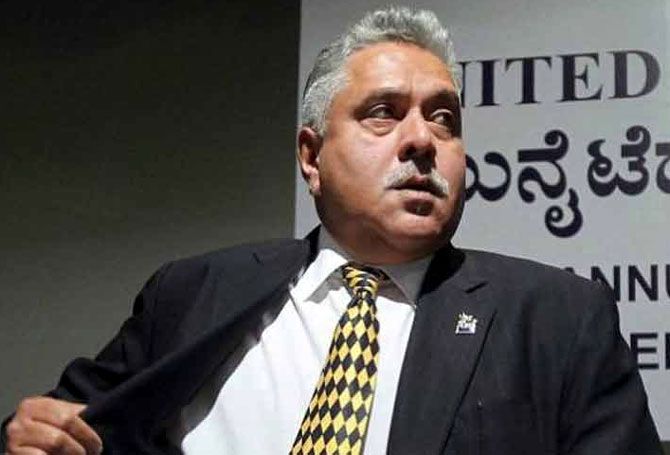 Beleaguered businessman Vijay Mallya, mired in a controversy for leaving India in the middle of a massive loan default probe, today appeared to distance himself from an interview that quoted him as having said that time was not "right" to return to the country.

"Shocked to see media statements that I gave an interview to Sunday Guardian without verification. I have not given any statement to anyone," Mallya tweeted tonight on his official Twitter page. He did not elaborate further on the contents of the said interview.

The Enforcement Directorate(ED) has summoned the liquor baron to appear before it in Mumbai on March 18 as part of its money laundering probe in the alleged default in payment of dues to IDBI bank by Kingfisher Airlines.

While it has been widely reported that he had left for London, Mallya himself has been silent about his whereabouts but has been tweeting occasionally including to say he was not an "absconder" and he would comply with the "law of the land".

On Monday, the The Sunday Guardian quoted him as having said in an e-mail interview, "I am an Indian to the core. Of course I want to return. But I am not sure I'll get a fair chance to present my side. I've already been branded as criminal. I do not feel the time is right."

Mallya, however, did not respond to repeated emailed queries from PTI as also to the messages sent to his phone.

No immediate comments could be obtained from the weekly newspaper and the phone calls made to its office did not elicit any response regarding the interview.

On Sunday, Mallya had tweeted, "I am being hunted down by media in UK. Sadly they did not look in the obvious place. I will not speak to media so don't waste your efforts.

Later, a journalist from the Sunday Guardian newspaper tweeted, "We stand by the Vijay Mallya interview in the @SundayGuardian and we will be putting up the email trail that culminated in his interview."