Madhabi Puri Buch on Monday was appointed as the new chairperson of Sebi, the first woman to head the capital market regulatory body.

She has replaced Ajay Tyagi, whose five-year term has come to an end.

The Appointments Committee of Cabinet has approved Buch's appointment for an initial period of three years, sources said.

A formal order in this regard would be issued shortly, they added. 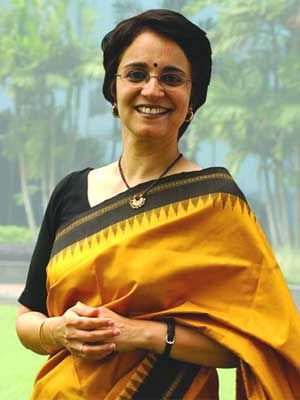 She has also served as a whole-time member of Securities and Exchange Board of India (Sebi).

Previously, Buch was a consultant to the New Development Bank in Shanghai, China.

She has also served as the Head of the Singapore office of private equity firm, Greater Pacific Capital.

Buch had a long stint in ICICI Group and served as the managing director and chief executive officer at ICICI Securities Limited and also as executive director on the board of ICICI Bank.

A graduate of St Stephen's College, Buch holds an MBA from the Indian Institute of Management, Ahmedabad.

Tyagi, a 1984 batch IAS officer of Himachal Pradesh cadre, was appointed as Sebi chairman on March 1, 2017, for a period of three years.

Subsequently, he was given a six-month extension and later in August 2020, his tenure was extended by another 18 months.

As per the procedure for the appointment of regulators, the candidates are shortlisted by the Financial Sector Regulatory Appointments Search Committee (FSRASC) headed by cabinet secretary.

As per the Sebi Act, Sebi chairman is appointed for a maximum period of five years or till 65 years, whichever is earlier.

The government had given an extension to U K Sinha for three years, making him the second longest-serving chief of Sebi after D R Mehta. Sinha was at the helm before Tyagi took charge.