The airport, which will now be built to handle 20 million passengers, will likely start operations by mid-2020. However, rating agency CRISIL in its report in May-end had said operations are expected to start in 2023. 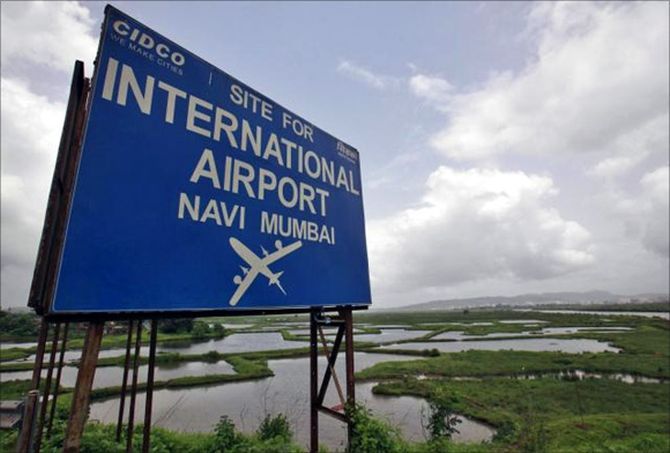 Larsen & Toubro (L&T), a leading player in the airport construction segment, is set to win contract to build the Navi Mumbai International Airport.

The board of City and Industrial Development Corporation (CIDCO), which is carrying out the project, met on Friday to consider the contract.

A tender to select the engineering procurement and construction (EPC) contractor was floated last August.

A source said L&T has been chosen for the construction work.

The contract size is not known and the award will take place following government approvals, it is learnt.

“We are yet to award the EPC contract and will share an update in due course,” said a spokesperson of GVK, which owns the Navi Mumbai International Airport.

A CIDCO spokesperson did not respond to an email query.

An L&T spokesperson confirmed its participation in the bid but did not elaborate.

L&T is the project contractor for ongoing expansion works at Bengaluru, Delhi, and Hyderabad airports.

Navi Mumbai airport has been plagued by delays and cost escalation over issues related to land acquisition and environment clearances.

Initially, the airport was being planned to handle 10 million passengers, but the terminal will now be built to handle 20 million.

The first phase project cost is pegged at over Rs 14,000 crore and is being funded through equity investment and Rs 10,300-crore long-term debt.

While the state government hopes the airport will be ready by mid-2020, rating agency CRISIL in its report in May-end had said operations are expected to start in 2023.

Site complexity is another challenge.

One of the first tasks of the EPC contractor will be to increase the ground level to 8.5 metres and laying utilities.

These would need to be carried out before constructing the runway and other airside infrastructure.

Pre-development work for the project began in June 2017.

This included flattening a hillock, reclaiming marsh land and diverting a river. CIDCO, which has been carrying out this work, has increased the land level to 5.5 metres.

The Ulwe river has been diverted outside the airport boundary and the channel widened to 60 metres.

A source said the river diversion work would be completed in a week’s time, while the work of laying underground power cables is expected to be completed by December-end.

More than 85 per cent of project-affected villagers have been shifted and the rest are expected to vacate by June end.

Ten villages have been impacted by the project and number of impacted families is around 2,600.

CIDCO has offered plots to those whose houses and land have been acquired for the project.

Those who lost their land have been given 22.5 per cent developed plots as compensation in vicinity of the airport.