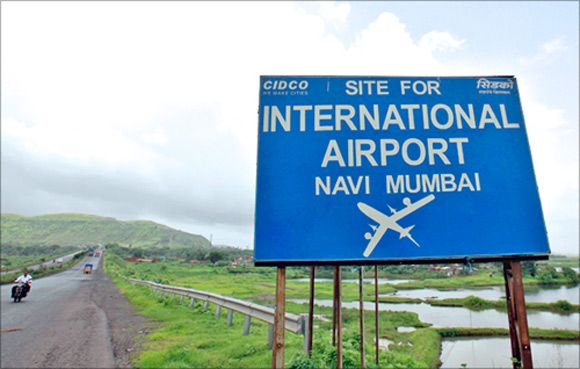 The deal size and project completion deadline were not disclosed in the announcement, but people in the know have pegged the deal at over Rs 6,000 crore, reports Aneesh Phadnis.

The GVK Group on Saturday awarded the Navi Mumbai airport’s engineering procurement and construction contract to Larsen & Toubro (L&T). The deal size and project completion deadline were not disclosed in the announcement, but people in the know have pegged the deal at over Rs 6,000 crore.

GVK won the bid to construct the Navi Mumbai airport in 2017, and the concession agreement for the project was signed in January last year.

A tender to select the EPC contractor was floated in August last year.

In June, L&T was selected by the board of planning authority, City and Industrial Development Corporation for the job. The formal agreement was signed on Saturday by GVK group founder and chairman G V K Reddy, and L&T Managing Director S N Subrahmanyan.

The passenger terminal building is being developed to initially handle a capacity of 10 million passengers a year, which shall be subsequently increased to 20 million, said the GVK group.

The Navi Mumbai airport has been plagued by delays and cost escalation over issues related to land acquisition and environment issues.

The first phase project cost is pegged at over Rs 14,000 crore, and will be funded through equity investment and Rs 10,300-crore long-term debt. While the state hopes the airport will be ready by mid-2020, CRISIL, in its report in May-end, had said operations were expected to start in 2023.