Lockdown is only about control not health, says Anil Ambani's son Anmol

Anmol Ambani, the eldest son of industrialist Anil Ambani, has lashed out against a new round of lockdowns being imposed amid the surge in COVID-19 cases, saying such restrictions do not concern health but control and that they destroy the very backbone of the society and economy. 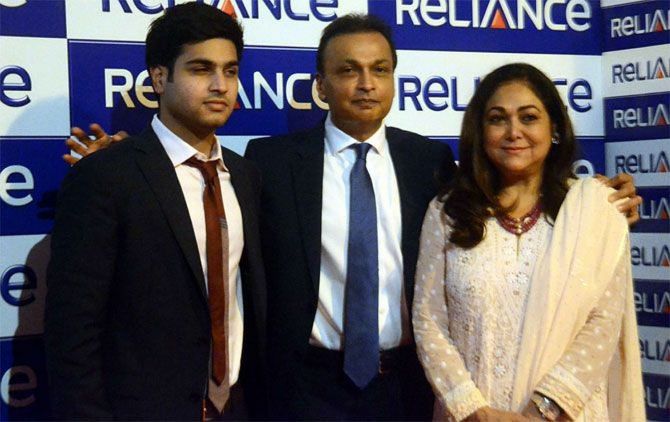 He had in the past too voiced opposition to such restrictions and retweeted videos and comments denouncing them.

"What does essential even mean? EACH INDIVIDUAL’S WORK IS ESSENTIAL TO THEM," he said tweeting with hashtag #scamdemic.

Lockdowns, he said, are key in "continuing and enabling greatest wealth transfer in human history."

"The mistake is that the people think this is simply inefficient governance. it's not. It's a coordinated, thought out set of policies designed to enable a new world order to be brought in," he said.

For an economy that was seeking nascent recovery after the world's strictest lockdown last year pummelled business, a resurgence of the pandemic is posing a serious threat.

States have announced partial lockdowns in response to infections rising by record levels.

While Maharashtra has shut all non-essential services through April, the national capital has started night curfew.

The spectre of another lockdown is now the biggest headwind for local businesses.

"These lockdowns were never about and have nothing to do with health," Ambani tweeted.

"They destroy the very backbone of our society and economy, from the daily wage workers, self-employed and SMEs to the restaurants and dhabas, fashions and clothing stores."

Lockdowns also destroy and diminish health by closing gyms, sports complexes and playgrounds, he said, adding that exercise, sunlight and fresh air are some of the strongest pillars of good health and strong immunity.

"And don't forget the psychological damage this is doing to children who are growing up through this madness and are being programmed to believe this is normal," he said.

Stating that lockdowns worsen inequality, he said shutting down of brick-and-mortar stores benefits digital and e-commerce companies, farmland is corporatised and colonised and data and privacy are sold to new-age empires.

"This is not about health. This is about control, and I would think most of us are unknowingly and unconsciously falling into the trap of a much larger and very sinister plan," he said.

"To control every aspect of your life - A technocracy exactly like China - A totalitarian bio-surveillance fascist state-controlled from the outside."

Anmol, however, said he has faith in India and its people.

"That we will resist this global coup d etat and not let our country get colonised even more. All we need to do is wake up to the truth. Stand for love, peace, unity and compassion."

Anil and his elder brother Mukesh Ambani, who in 2005 split business set up by their father Dhirubhai Ambani, have seen contrasting business fortunes.

While Mukesh rose to become Asia's richest expanding the oil and petrochemical business he inherited into retail and telecom, Anil slipped out of the billionaire list after the telecom, energy and capital business that he got did not perform so well.

"It's no coincidence that the losses of the common man are gains of the wealthiest," he said, adding that lockdowns accelerate this "wealth transfer."

He later retweeted one Jeremy R Hammond comment that "Note that by their own definition, #lockdown measures including stay-at-home orders and business closures are 'a crime against humanity' and 'an attack on the civilian population'."

On April 5, he commented on a media report of migrant workers in Mumbai planning to return to their native places after lockdown, saying, "Planned destruction of the economy, livelihoods and lives. This is new age colonisation and very few realise it. Classic IMPERIALISM. Colonisation of your mind, body and soul. Take back your power. Go back to your roots."

On April 2, he said, "the plan is to perpetually keep us in a state of emergency. It seems like this festival week will be used to impose further totalitarian measures. Testing is only being increased to justify more lockdowns and puch the quackcines. Resist."

"The more you listen/obey, propagate the fear, the longer this will carry on," he had said on that day.

On March 27, he said, "This lockdown nonsense will keep happening if you don't resist. It's just a control tactic and has nothing to do with your health. 'Cases', which are meaningless in the first place, are being manipulated through CT value and this will be unending till you say NO."

In September last year, the junior Ambani tweeted: "Take your health in your own hands. Everything we are being told to do right now is going to gravely damage our health in the short, medium and long term."