Jet Air may get Rs 500 cr interim funding from banks

Lenders are likely to convert part of the airline's debt into 11.4 crore shares at a consideration of Re 1 apiece as per RBI norms. A consortium of banks is considering an interim funding of Rs 500 crore for debt-laden Jet Airways but a final decision is yet to be taken, Punjab National Bank Managing Director Sunil Mehta said on Friday.

PNB is part of the lenders' consortium, led by State Bank of India (SBI) that has extended loans to the airline.

The full service carrier is looking to raise funds and restructure its debt.

Regarding Jet Airways, Mehta said the consortium is looking at the entire process and something is being worked out.

"Of course, (the) consortium is in favour (of interim funding). It is a going concern and we would like to preserve its (airline's) value," he said.

About interim funding for the carrier, Mehta said, "it is too premature to tell you about that plan" and the bankers are already working on it.

The SBI has taken a lead on it, and let the entire plan be worked out, he said, adding that it would be too early to announce the timings.

"Rs 500 crore that you are talking about is the interim funding but banks are looking at the long term resolution of the issues for which the plan is already in place for discussions," he noted.

He was responding to a query about the banks' extending interim funding to Jet Airways.

On February 14, the board of Jet Airways approved a Bank-Led Provisional Resolution Plan (BLPRP), whereby lenders would become the largest shareholders in the airline.

Lenders are to convert part of the airline's debt into 11.4 crore shares at a consideration of Re 1 apiece as per RBI norms.

Later, appropriate interim credit facilities by domestic lenders would be sanctioned to the airline, as per a regulatory filing made on February 14.

The extraordinary meeting of Jet Airways shareholders was held on February 21 where various proposals were discussed.

The results of the voting on the proposals would be released on Saturday.

Shareholders of Jet Airways have approved conversion of loan into shares and other proposals as the crisis-hit carrier seeks to fly out of financial turbulence.

During the extraordinary general meeting (EGM) on Thursday, the shareholders also approved alterations to the company's Articles of Association and Memorandum of Association.

According to a filing to the stock exchanges on Friday, Jet Airways said shareholders have approved five proposals that were put up for voting at the EGM.

Nearly 98 per cent of shareholders gave their nod for "conversion of loan into shares or convertible instruments or other securities", a move that assumes significance amid the carrier looking to restructure debt as well as raise fresh funds.

Increase in the authorised share capital and consequent alteration to share capital clause of Memorandum of Association has been cleared.

On Thursday, Jet Airways founder promoter and chairman Naresh Goyal did not attend the EGM and the meeting was chaired by whole-time director Gaurang Shetty.

Source: PTI© Copyright 2021 PTI. All rights reserved. Republication or redistribution of PTI content, including by framing or similar means, is expressly prohibited without the prior written consent.
Related News: Mehta, State Bank of India, Regarding Jet Airways, PNB, RBI
SHARE THIS STORY
Print this article 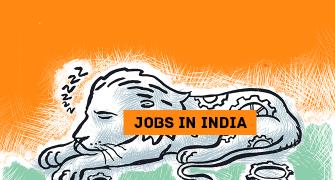 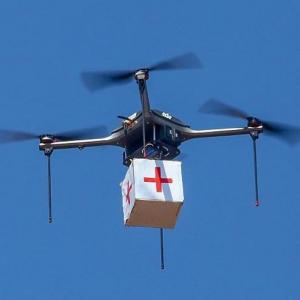