There were concerns that simply opening a bank account wouldn’t constitute meaningful financial inclusion, as the poor would rarely use these accounts. However, recent data submitted to Parliament attests to increased account usage, says Ishan Bakshi. 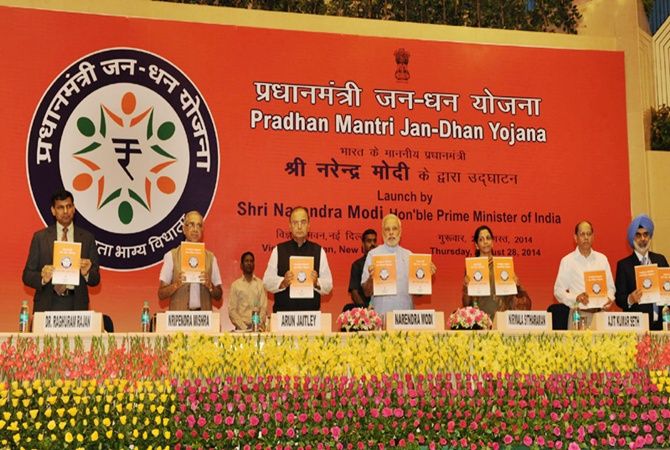 Ever since it came to power in 2014, the Narendra Modi-led NDA government has undertaken various initiatives to enhance the pace of financial inclusion in India.

Beginning with the Pradhan Mantri Jan Dhan Yojana, which aimed to bring the financially excluded into the fold of the formal financial system, the NDA government also introduced various insurance and pension schemes to not only deepen engagement with the financial system, but to also create a social security architecture in the country.

By all accounts, the Jan Dhan Yojana has been a roaring success. Data shows that a staggering 344.3 million accounts have been opened under the scheme as of February 13, 2019. Of these, as many as 203.8 million, or almost 60 per cent of accounts were opened at rural/semi-urban bank branches. The total deposits in all these accounts stood at Rs 91,141 crore.

There were concerns that simply opening a bank account wouldn’t constitute meaningful financial inclusion, as the poor would rarely use these accounts. However, recent data submitted to Parliament attests to increased account usage.

In order to ensure greater engagement with the formal financial system, the government also offered a host of financial products designed to provide social security. PMJDY account holders were provided a Rupay debit card, which had an in-built accidental cover of Rs 100,000 and a life cover of Rs 30,000. And while there were concerns over insurance claims not being processed, data does not attest to this.

The performance of the Pradhan Mantri Jeevan Jyoti Bima Yojana is on similar lines. PMJJBY offers a renewable one-year term life cover of Rs 2 lakh to all subscribing bank account holders for a premium of Rs 330 a year per subscriber. Data shows that under this scheme, 56.7 million had enrolled, while claims worth Rs 2,488 crore had been disbursed as on December 31, 2018.

Jan-Dhan is seen as a critical step for transitioning to a more efficient welfare system, say experts that Business Standard spoke to. “Having an Aadhaar-linked bank account goes a long way in correctly targeting subsidies or shifting to cash transfers. It helps reduce leakages,” they add.

While the extent of savings due to better targeting is a subject of much debate, a report by World Bank notes that leakage of pension payments dropped by 47 per cent when these were made through biometric smart cards. Further, data submitted by the government to Parliament shows that 23 per cent of these accounts received direct benefit transfers as on August 2018.

Another critical aspect of financial inclusion is improving access to credit. In the absence of formal credit, the poor, especially in rural areas, have often had to borrow from local money lenders at exorbitant rates. To address this issue, the government launched the Pradhan Mantri Mudra Yojana.

“The government deserves credit for focusing on credit flow to MSMEs,” says Sriram of IIM Bangalore. “But in the absence of data it’s difficult to know the increase against previous years under PMMY,” he adds.

Prompted by the success of Jan Dhan, last year the NDA government extended the programme with the focus shifting from opening accounts of “every household” to “every unbanked adult”. Under this, the overdraft limit was revised from Rs 5,000 to Rs 10,000, while accident insurance cover was raised from existing Rs 1 lakh to Rs 2 lakh for new PMJDY accounts opened after August 8, 2018.