It's business as usual after Seoul Summit 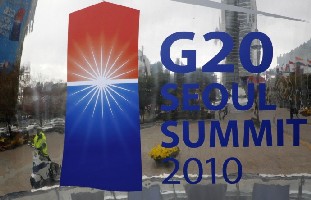 Given that devaluation, whether competitive or otherwise, is not easy in practice and that it is the speculative capital flows and not trade or investment flows that determine the exchange rates, the best that the administrators can hope to achieve is vigilance against excessive volatility and disorderly movements in exchange rates.

That is what the Reserve Bank of India has been doing and so, few changes can be expected in its exchange rate policy.

However, changes may come about in the manner in which some other countries manage their exchange rates. China, especially, has been accused of artificially maintaining a weak currency.

Of late, the United States has resorted to 'quantitative easing' that can result in a weaker dollar and help its exports. The declaration talks of undertaking macroeconomic policies, including fiscal consolidation, were necessary to ensure ongoing recovery, sustainable growth and enhancement of the stability of financial markets, especially the foreign exchange markets.

The next point in the declaration is the commitment to direct the negotiators engage in across-the-board negotiations to promptly bring the Doha Development Round to a successful, ambitious, comprehensive, and balanced conclusion.

The declaration says that 2011 is a critical window of opportunity, albeit narrow, and that engagement among the representatives must intensify and expand. "We now need to complete the endgame. Once such an outcome is reached, we commit to seek ratification, where necessary, in our respective systems", says the declaration.

The commitment to quickly complete the Doha Development Round has been expressed time and again but very little progress has been achieved in the last few years. Most WTO members are not clear about the benefits of a multilateral agreement and apprehensive of losing their policy options. In the last G-20 meeting at Toronto, the World Bank, International Labour Organization, OECD and WTO were asked to jointly prepare a report on 'Seizing the Benefits of Trade for Employment and Growth'.

The report submitted at Seoul says that "for open trade to boost growth and jobs on a sustained basis, complementary policies to address adjustment problems and distributional concerns are needed to help workers who may lose their jobs as a result of increased international competition.

Till the WTO member countries gain in confidence that they can effectively take necessary steps to mitigate or at least, minimise the ill effects of further globalisation, it would be difficult to push through the Doha Development Round to its conclusion. Here again, the exporters and importers can look forward to status quo, at least for some more time to come.

The Seoul declaration rejects protectionism and affirms extension of the standstill commitments to not introduce any trade barriers until the end of 2013 as agreed in Toronto. It also commits to roll back any new protectionist measures that may have risen, including export restrictions and WTO-inconsistent measures to stimulate exports. Exporters and importers can, therefore, plan to carry on business as usual. Meet the Indian behind G8, G20 summits in Canada
PM has a hectic itinerary at Canada G-20 summit 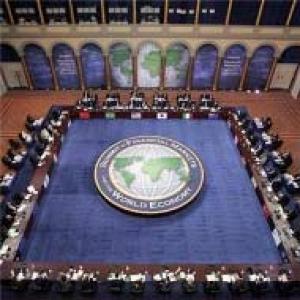