News
Business
Movies
Sports
Cricket
Get Ahead
Money Tips
Shopping
Sign in  |  Create a Rediffmail account
Rediff.com  » Business » It will take 1-2 years to come out of economic slowdown: Bimal Jalan

It will take 1-2 years to come out of economic slowdown: Bimal Jalan

If the government takes action to implement its announcements on the infrastructure front, the economy will improve, says Bimal Jalan, former RBI Governor. 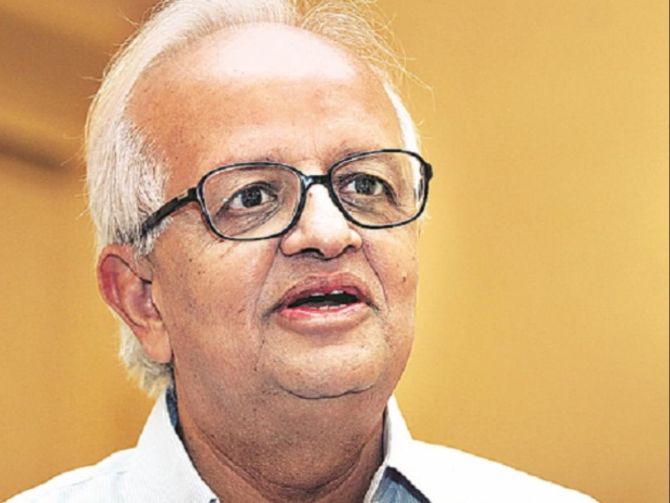 I think this economic slowdown is cyclical and not structural.

The reason why I am saying this is that all factors of production such as investments, savings, land, technology are in our favour.

So, it is cyclical in that sense.

The slowdown is in some sectors, primarily in manufacturing, and not across the board.

There is no slowdown in services.

There is slowdown in the auto sector because people are assessing whether they have resources to pay EMIs.

People are waiting and watching as to where we are heading.

It will take one or two years for the economy to come out of slowdown.

The global slowdown should not prevent us from reaching 7.5-8 per cent growth or reducing unemployment or increasing investments.

Fortunately, our dependence on global economies, trade is relatively low.

If you look at our exports, imports, current account deficit, they are relatively low.

The primary task is to increase investments and for that, infrastructure is extremely important.

The government is trying to accelerate investments in infrastructure. It is also trying to improve the credit growth.

The point is, investments are largely driven by the government.

The private investments are based on expectations. Once the expectations improve, there will be a turnaround.

If the government takes action to implement its announcements on the infrastructure front, the economy will improve.

There is also low consumption demand, but these are inter-related.

Inflation is not high, so there is no pricing part.

If the businesses are not increasing, unemployment is high, demand will obviously go down.

Initiatives being taken by the private sector, besides the public sector would add to the demand side.

By reducing deficit, I mean transfer of resources to these enterprises for investments.

Things that we can do is to increase investments by the public sector, better delivery of goods and services by the subsidy schemes that we have.

My view on fiscal deficit is different from general opinions.

I don’t believe in the fiscal deficit targets per se.

Whether the fiscal deficit is 3.3 per cent or 3.5 per cent of gross domestic product (GDP), it does not matter much.

What is fiscal deficit? It is creating money.

If the fiscal deficit widens by 0.2 or 0.3 percentage points of GDP with low inflation, it does not matter to our country if in the process, it creates services, it creates more investments, and thereby, employment.

However, if prices go up by 3-4 percentage points, then we have to stop.

On whether tax harassment, as alleged in the letter purported to have been written by the late Cafe Coffee Day owner VG Siddhartha affects animal spirits of India Inc:

There can't be two opinions about this. As you have seen, the government itself is taking measures to try to reduce the so-called tax terrorism.

But, then it is also important that large businesses conform to tax rules.

As told to Indivjal Dhasmana.