Indian Oil Corporation (IOC), the nation's largest oil firm, has renewed a deal to buy up to 2 million tonnes of crude oil in 2022 from Russia's Rosneft, the Russian oil producer said. 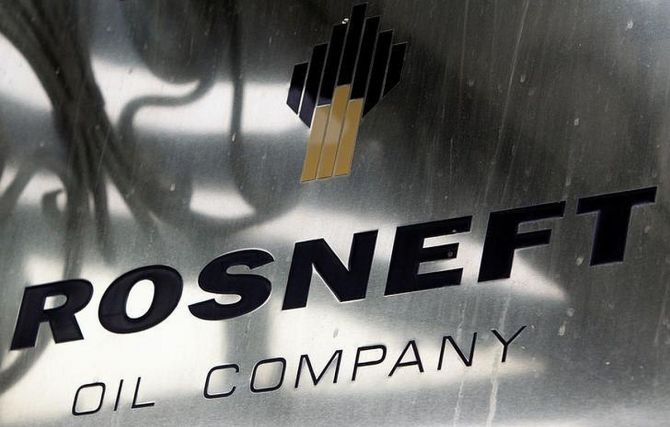 IOC had in February 2020 signed a deal with Rosneft Oil Company to import up to 2 million tonnes of oil via the port of Novorossiysk.

In 2021, the deal envisaged supply of up to 1.7 million tonnes of crude oil but IOC bought just on parcel or shipload as the cost of transporting the oil made it uneconomical, when compared to alternatives.

For 2022, the deal is for the supply of up to 2 million tonnes of oil from the Black Sea port of Novorossiysk.

India has tied up supplies from Russia to the US in a bid to diversify its oil import basket, cutting reliance on the Middle East to meet its oil needs.

"Rosneft and IOC signed a contract for the supply of up to 2 million tonnes of oil to India through the port of Novorossiysk by the end of 2022," the Russian firm said on its website.

The signing took place during the visit of Russian President Vladimir Putin to India, during which he met with Prime Minister Narendra Modi and held bilateral talks in an expanded format.

The leaders of the two countries, the statement said, attach great importance to the development of all-around trade, economic and investment cooperation.

Energy is one of the key areas of interaction between the companies of the two countries.

"The signing of a new contract for the supply of oil confirms the strategic nature of the long-term partnership between Rosneft and Indian Oil," said Igor Sechin, chief executive officer of Rosneft.

"It is important that cooperation between the companies develops in an integral format and covers the entire technological chain - from extraction to the sale of raw materials.

"I hope that our interaction with Indian Oil will develop within the framework of other projects."

India's ministry of external affairs, listing out the 28 agreements signed during Putin's visit, said the crude oil supply agreement "seeks to renew the previous contract between Rosneft and IOC".

IOC also signed a Statement of Intent of Collaboration with Russian petrochemicals company SIBUR to explore the feasibility of setting up a dual-feed cracker along with downstream units at its 15 million tonnes a year Paradip refinery in Odisha, the MEA said.

In another pact with Gazpromneft, IOC is looking for VGO Hydrocracking Technology, Catalytic Iso-dewaxing for lobs and catalyst regeneration for fixed bed catalyst.

IOC is already an investor in some of Rosneft's production projects in Russia, including Vankorneft and Taas-Yuryah.

Since 2016, IOC along with ONGC Videsh Ltd, Oil India Limited and Bharat Petroresources own 49.9 per cent of the Vankorneft subsidiary.

This company is located in Krasnoyarsk province and developing Vankor oil and gas condensate field - the largest among the fields that were discovered in Russia in the past 25 years.

Also, a consortium of IOC, Oil India and Bharat Petroresources owns 29.9 per cent of the company Taas Yuryakh Neftegazodobycha, which holds licenses for the areas of the Central Block of Srednebotuobinskoe Field and Kurungskiy license area (the other shareholders are Rosneft and BP).

ONGC Videsh, the overseas investment arm of state-owned Oil and Natural Gas Corporation (ONGC), in 2001 bought a 20 per cent stake in Sakhalin-1 Project in Russia's Far East (the other shareholders are Rosneft, ExxonMobil and the Japanese company Sodeco).

In 2020, the project produced 12.4 million tonnes of oil and condensate and delivered more than 2.4 billion cubic meters to consumers.

Rosneft owns a 49.13 per cent stake in the Indian company Nayara Energy, which operates a 20 million tonnes a year capacity oil refinery at Vadinar in Gujarat.

This refinery is the second-largest in India and one of the most technologically advanced in the world, the Rosneft statement said.

"The consortium is reviewing an option of a two-fold increase of the refining throughput at the Vadinar Refinery. In the first stage, the consortium plans to invest $850 million towards the building of a petrochemical unit in Vadinar within 2 years," it said.

The plant will produce up to 4,50,000 tonnes a year of polypropylene.