Investors pull out Rs 31 crore from gold ETF in October 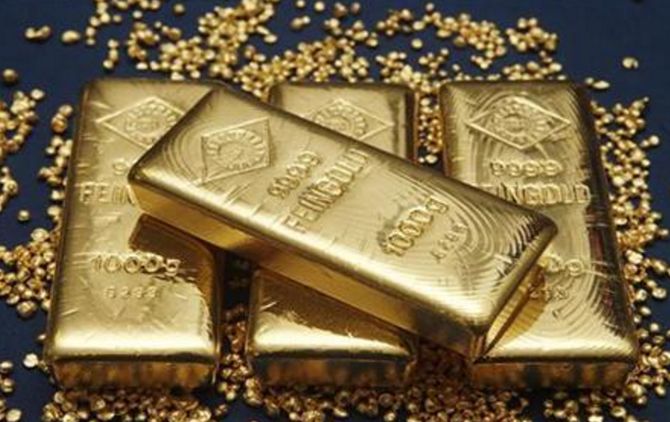 Investors pulled out a little over Rs 31 crore from gold exchange traded funds (ETFs) in October, after infusing nearly Rs 200 crore in the safe-haven asset in the preceding two months, primarily due to profit booking.

Gold ETFs witnessed a net infusion of Rs 44.11 crore in September and Rs 145.29 crore in August, the first inflow since November last year, when Rs 10 crore was infused in such instruments.

Prior to this, gold ETFs had seen a net inflow of Rs 20 crore in October 2016 and before that an inflow of Rs 5 crore was witnessed in such funds in May 2013.

According to the latest data available with the Association of Mutual Funds in India (Amfi), Rs 31.45 crore was pulled out from gold-linked ETFs last month.

"For a long time, especially after its spectacular run in 2011 and 2012, gold prices have largely remained muted, except for some intermittent surge in prices.

"Therefore, it was after a long hiatus that gold has found its mojo back this year and delivered one of its best performance of recent times," Srivastava said.

"While this attracted investor attention and the category received net inflows in August and September; this also provided investors a profit booking opportunity, especially given the uncertainty over its future course," he added.

Chirag Mehta, senior fund manager - alternative investments, Quantum Mutual Funds said gold prices in India have fallen by about Rs 2,000 from September highs of Rs 40,000 per 10 grams, but ended the month with gains of 2.30 per cent.

"But over the long term, adding gold to one's portfolio would be both risk-reducing and return-enhancing in a slowing world battling trade and geopolitical tension.

"Investors will be benefited by using any price corrections, as witnessed currently, as a buying opportunity and making incremental purchases through the gold ETF route," he added.

Over the last few years, retail investors have been putting in more money into equities as compared to gold ETFs, mainly on account of strong returns.

Gold ETFs have witnessed an inflow in just five months in the last six years.

Investors pulled out Rs 571 crore from gold ETFs in 2018, making it the sixth consecutive year of outflow from such products. In comparison, they pulled out Rs 730 crore in 2017.

Gold ETFs are passive investment instruments that are based on price movements and investments in the metal.