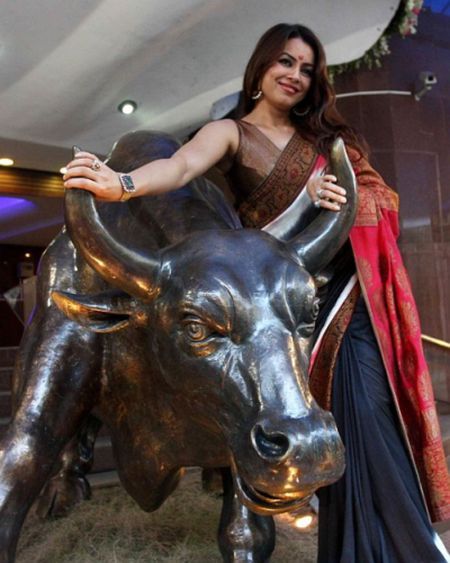 Downward inflationary pressure and reforms, leading to higher corporate earnings over the next two years, will help Indian markets weather an interest-rate rise in the US and make India one of the best bets among emerging markets, believes Anant Shirgaonkar (below left), head of India equities, UBS Securities.

He tells Sneha Padiyath what is keeping the markets upbeat, where the rupee is headed and why foreign institutional investors (FIIs) will continue to remain bullish on Indian markets. Excerpts:

Markets have been on an upswing for three days. Is this a fresh bout of optimism?

What we have seen play out over the last few days is no different from that seen in April-May.

We expect to see economic growth going from 5.5 to 5.8 per cent next year and inflation coming down over two years.

Interest rates, in our projections, could come down by about 200 basis points by March 2016.

All this could result in an earnings growth of 15-18 per cent over two years. Valuations are middling and I guess that is attracting buyers.

FIIs feel there is a very high chance the growth would continue and if we see a compounding of 15-18 per cent on earnings, then at current valuations, the market looks pretty attractive.

What could have an adverse impact on this uptrend?

There is a lot of hope around capital-expenditure (capex) recovery, which we believe could be slower than what the market expects.

There could be some disappointment in terms of numbers over two quarters on capital good-related stocks or companies.

On the consumption front, we were worried that rural wage growth was slowing, which would result in rural consumption slowing. 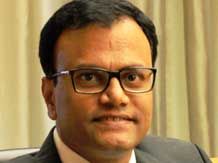 The Japanese economy is in recession. Is there a worry it will spread to the rest of the world?

Our forecast for 2015 is gross domestic product (GDP) growth of 1.2 per cent.

The US economy is doing well and that is the big hope everybody has. Europe has been seeing tepid growth and China could continue to slow over the next few years.

I hope the US economy bootstraps the other emerging economies and the other developed economies on the upside, rather than the other way round.

At the same time, India may be better off as compared to other global economies, especially the emerging market side, because of a stable government, policy reforms by the new government and inflation trending on the lower side. Indian markets may still outperform in the scenario of a slowdown.

Will markets be able to weather a US interest-rate rise?

US interest rates will go up in our view sometime in the middle of the next year but we are hoping it does not have an adverse effect on global growth.

We continue to be optimistic on Indian interest rates and believe these may behave in the opposite direction (to the US interest rates) and come off, putting India in a sweet spot.

We believe the Reserve Bank of India  could cut rates by about 25 basis points in the March quarter next year followed by a 25-50-basis-point rate cut by December next year.

Is there a worry oil prices may shoot up as fast as these have come down?

There is a demand-supply mismatch that caused the prices to come off where we saw the US supply increasing.

We believe prices coming down to $80 a barrel is a significant positive for India. The benefit for India is over $20 billion at current prices, which is about one per cent of the GDP.

What are the sectors FIIs are bullish on?

First, FIIs have been playing the consumption story aggressively over two years. And I think it would continue, given the economy is going to swing up. Second, the capex cycle has been attracting FII interest.

Funds are taking an interest and willing to take a bet ahead of the swing playing out and betting on a cyclical recovery.

Because the US economy has been so strong, there has been fund-buying in the information technology sector and pharmaceuticals industry, which has been seeing good growth.

Financials are a big index weightage and most of the FII interest is on the private financials. There are very few who want to take a bet on the public-sector financials.

At the margin, people believe there could be better governance and reforms that could help public-sector banks.

Do you expect to see high participation from the FIIs in the government’s disinvestment programme?

I think FII interest this time in disinvestment is higher than the last time, because there is a lot more faith that this government might take measures for better governance of some of these public-sector units.

Some of the action, which this government has already taken, is gaining trust among the FIIs.

Do you expect the rupee to weaken or remain at these levels?

Our expectation is the rupee will gradually depreciate from here. It is not going to be a knee-jerk (reaction).

As there is a differential between interest rate and inflation versus the US and given the dollar is on an appreciating swing, I don't think the rupee would be able to buck the trend versus emerging-market currencies. 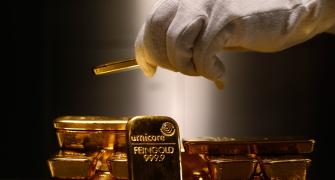 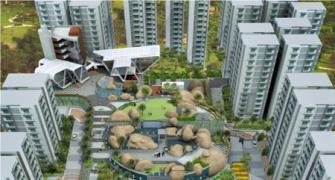