IndiGo has confirmed the delivery of the next set of 25 ATR-72 jets and will be inducting around 10 planes by the end of this calendar year, making it the largest regional fleet operator in the country. 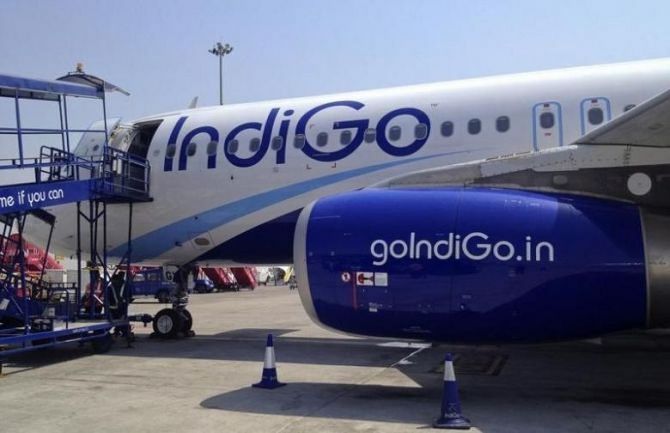 IndiGo has become one of the first airlines in the world to resume hiring since Covid-19 wreaked havoc on aviation, besides several other sectors, signalling a gradual recovery.

The pandemic hit few sectors harder than air travel, wiping out tens of thousands of jobs.

IndiGo had slashed its workforce by 10 per cent last year in view of travel disruptions.

According to the company executives in the know, the airline has given offer letters to around 32 pilots for the ATR-72 fleet.

IndiGo has confirmed the delivery of the next set of 25 ATR-72 jets and will be inducting around 10 planes by the end of this calendar year, making it the largest regional fleet operator in the country.

“Doom and gloom is off the table, and we are recovering pretty nicely, especially domestically,” he had told Bloomberg Television.

“We want to plan ahead. Since there will be a steady induction of ATR-72 jets this year, we have to keep the pool of pilots ready,” a senior company executive said, adding that the company had given priority to those pilots who had got an offer to join the company in December 2019 but were not inducted due to the impact of Covid-19.

The person said the company would prefer to hire Indian pilots rather than expats to bring down the salary bill.

However, the airline is unlikely to restart hiring for the Airbus A320 family aircraft, which is the mainstay of its fleet.

While IndiGo inducted around 44 aircraft in 2020 — the highest by any airline across the world — all of them were replaced as the airline was phasing out hundreds of older aircraft.

“For the A320 aircraft, we don’t see any immediate requirement of pilots as the size of the fleet will remain the same,” the executive quoted earlier said.

A spokesperson for IndiGo refused to comment on the company’s hiring plans.

Pilots for ATR planes, especially commanders, are scarce because the plane maker has a limited market share in India.

India had announced nationwide lockdown in March last year in order to contain the spread of coronavirus, but the move led to a body blow for airlines as they stayed grounded for around two months.

Airlines resorted to drastic paycuts, sent employees on leave without pay, or even terminated employment contracts.

According to data provided by the government in Parliament, the pandemic caused over 39,000 job losses in the Indian aviation sector last summer.

According to an estimate by the Geneva-based Air Transport Action Group, the pandemic has cost around 4.8 million aviation jobs, slashing global staff at airlines, manufacturers, airports and air-traffic controllers by more than 40 per cent.

“IndiGo must be sensing that the restrictions on travel will be gradually removed and people will travel more due to the pent-up demand,” she said.

According to the company’s Employment Outlook Report for the third quarter, the intent to hire by companies has increased by 3 per cent.