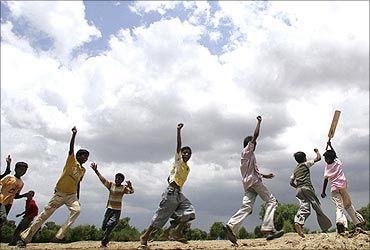 India's monthly per capita income, the measure of standard of living, is likely to be at Rs 7,378.17 ($118.68) this financial year, up over 10 per cent from last year, after a revision in the method of calculations.

In the previous fiscal, the per capita income estimated to have grown by over 12 per cent to Rs 6,699 ($107.75) per month, government data released today showed.

The revised method of calculation takes into account gross value added in goods and services as well as indirect taxes.  Also, the base year has been changed from 2004-05 to 2011-12.

"The growth rate in per capita income (at constant prices) is estimated at 6.1 per cent during 2014-15, as against the previous year's estimate of 5.4 per cent," said the release.