According to analysts, most of the growth in the smartphone space will come from existing users, who will be lured to upgrade their handsets as new features and technologies turn existing features redundant, says Arnab Dutta. 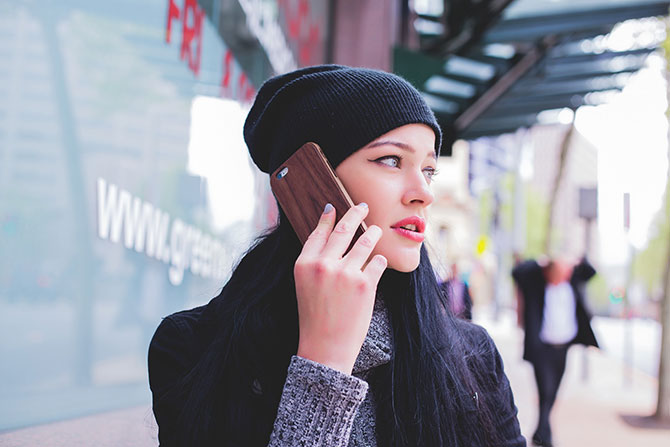 Living up to its reputation of making records, the Indian handset industry may add another feature to its cap in 2019.

The local market, bustling with new entrants and frequent launches, is expected to go past the 300-million-unit mark this year.

The feat, if achieved, would help India run close the annual 400-million plus Chinese market, which is the biggest in the world.

India, which has second position in the global mobile handsets market, is projected to grow to 302 million units this year, according to analyst firm TechArc.

While during the past seven years -- between early 2012 and the end of 2018 -- the local market grew in double digits, 2019 could be the first year in a while when the overall growth rate could come down to 3.4 per cent because falling sales of basic feature phones may dent the industry growth rate.

However, the newly emerging smart feature phones segment may take the lead.

A segment, primarily represented by Reliance's Jio Phone, which offers easy access to the internet through a modified feature phone platform, may corner more than 18 per cent of the local handsets market.

Projected to grow at 15 per cent in 2019, the smart feature phone market could finally offer a gateway to the web-world for price-sensitive consumers in the country.

The fast-growing smartphones market is expected to gain more steam.

Currently, only three markets -- China, the US, and India -- sell over 100 million smartphones a year.

Renewed vigour in the smartphone space is expected to be backed by frequent technological innovations.

According to analysts, most of the growth in the smartphone space will come from existing users, who will be lured to upgrade their handsets as new features and technologies turn existing features redundant.

According to Will Yang, brand director, OPPO India, the market has grown extensively this year, with some disruption coming in the form of innovation in the space of voice calling, phone cameras, and fast charging.

In its bid to bring in new technologies and designs faster to consumers, Oppo will soon open a design centre in London.

Oppo, which was heavily focused on selfie cameras till recently, is now working to become a technology innovator in the smartphone space, he said.

The firm is planning to invest Rs 7 trillion (RMB 10 billion) globally in research and development in 2019.

"The onset of 5G services will spur the next mobile revolution in India.

"We see robust growth in the smartphone market.

"We will continue to maintain optimum balance in offline and online platforms to ensure presence and adequate product availability across the country", said Nipun Marya, director of brand strategy at Vivo India.

Also, convenience in purchasing handsets online is a key factor.

During the first three quarters of calendar year 2018, the share of the online channel has only grown -- from 36 per cent in January-March to 39 per cent in July-September.

Offline stores, however, may not be left behind.

IDC said currently two-thirds of the buyers visited offline stores before purchase and more than a third of these purchased from physical stores -- many through cash payments.

"In offline, apart from multi-brand outlets (MBOs), Reliance Digital stores are emerging as a strong choice for buying premium end devices owing to better discounts and offers," it noted.

The average selling price of smartphones will continue to rise in 2019 in line with the recent trends.