What manufacturing was for China, super intelligence will be for India: Ambani 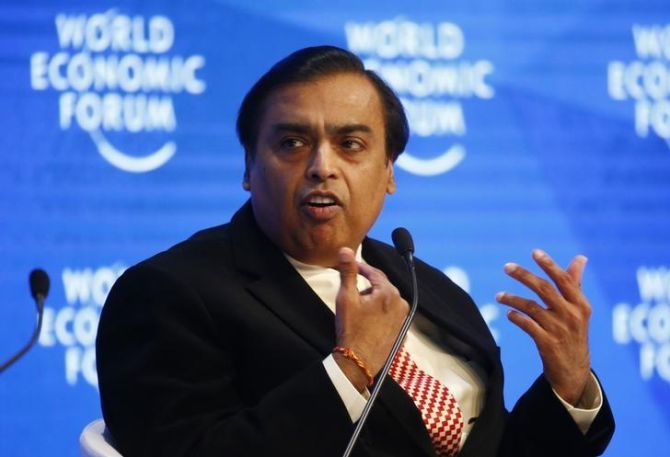 Mukesh Ambani, Asia's richest man, said on Friday, India's GDP will double to $5 trillion in the next seven years and hit $10 trillion by 2030 as it will elbow out China by the middle of 21st century.

Speaking at the HT Leadership Summit, Ambani, chairman and MD of Reliance Industries Ltd, recalled that he in 2004 had predicted that India -- then a $500-billion economy -- will get to the mark of $5 trillion in 20 years.

"Today, that prediction seems certain. Indeed, it will be achieved well before 2024," he said, adding that the Indian economy will triple to $7 trillion in the next 10 years to become the third-largest economy in the world.

He went on to say that by 2030, it can cross the $10 trillion milestone, and India can "most certainly" become the most prosperous nation in the world overtaking the US and China within this century.

"By the middle of the 21st century, India's rise will be higher than China's rise. And more attractive to the world," Ambani asserted.

"India will provide a superior and different development model (which) creates equitable and inclusive growth based on technology, democracy, good governance and a society-wide culture of empathy."

Delivering a talk on the theme 'India will become a global economic leader', Ambani said the first Industrial Revolution used coal and steam power to mechanise physical activity, the second used electricity and oil for mass production and distribution and the third used electronics and IT to increase productivity and automation.

According to Ambani, while India remained on the fringe in the first two industrial revolutions, it started catching up in the computer-driven third revolution.

"The Fourth Industrial Revolution is now upon us. The foundation of this revolution is connectivity, computing, data and artificial intelligence," he said.

"It's my firm conviction that India can not only participate in the 4th Industrial Revolution, but has the opportunity to be a leader."

What manufacturing was for China, super intelligence will be for India, the RIL chief predicted.

"We have the opportunity to not only rapidly grow our own economy, but also to be the provider of intelligent services to the rest of the world," he added.

Ambani listed out Aadhaar as the largest and the most sophisticated, biometric ID system, and the launch of 104 satellites with a single rocket as examples of India's prowess.

On Reliance, he said that five years ago, when most Indian businesses were investing outside India, it decided to put in about $60 billion in India.

"We have nearly completed this investment cycle. We are now ready to commit even more in our next investment cycle," he said, without sharing details. This is being done on "undiminished conviction that India is the biggest investment opportunity in the world".

"Therefore, to foreign investors, I have a simple message: Be part of India's rise. Invest in India. Earn in India. Grow in India. Partner with India and prosper together with India," he said.

In 30 years, when India will celebrate the centenary of Independence, it can grow from a $2.5-trillion economy to become the most prosperous nation in the world, the RIL chairman said further.