India's GDP growth will be 7.5% this year: Jaitley 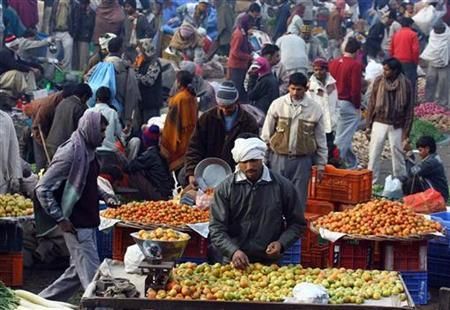 Noting that India is emerging as one of the fastest growing economies, Finance Minister Arun Jaitley has said that this year the GDP growth rate will be 7.5 per cent and next year hopefully it would be higher.

"During the last few years we had fallen off the radar, our growth had slowed down, our priorities were blurred and the world was accusing us of policy paralysis.

Finally people of India decided to bring about a change," he said.

Without naming UPA, he said "the I (India) was falling off the BRIC. But today most of others are facing challenge while India is emerging as one of the fastest growth nations - This year we will close at 7.5 per cent GDP growth and next year hopefully higher.

"Fiscal deficits are on the downside. There is a flurry of activities, we are correcting aberrations in taxation structure, we are concentrating on infrastructure and trying to bring about fairness in our system."

" The success of the auction of Spectrum and Coal mines have shown how corruption could be avoided and bring higher values. We seem to be favourably placed." At the same time, he noted that elimination of poverty is a major challenge and government is working hard to tackle this great challenge.

Arun Tiwari, Global Chairman and Managing Direction of Union Bank of India, earlier told newsmen that the UK subsidiary has planned to have $150 million turnover in the first year and nearly $1 billion annual turnover in the next four to five years. He said the bank would launch its debit card in six to nine months time.