The data is based on information gleaned from 19 annual filings by companies, three applications under the Right to Information (RTI) Act, and e-mails that were sent to two State-run and nine private sector companies. There have been 121 industrial deaths in FY18, according to a compilation of annual statistics from 13 biggest companies in India.

The data is based on information gleaned from 19 annual filings by companies, three applications under the Right to Information (RTI) Act, and e-mails that were sent to two State-run and nine private sector companies. The data is available with a lag, hence the latest updated list is for the deaths in FY18. Data for FY19 will be disclosed with annual reports well into FY20.

Financial services, information technology firms and companies, which did not have the data for FY18, were excluded from the S&P BSE Sensex list of 30 firms. The 13 firms under consideration had nearly a million employees as of March 2018, including contractual and temporary workforce.

Fire-related accidents, fall from height, road accidents and truck handling were some of the common workplace hazards at these firms. Yasir Ahmad, partner, sustainability and responsible business advisor at PwC, said many a time such accidents were due to minor lapse in processes.

For firms like Tata Steel, its own finding suggests that inadequate risk assessment and lapses in standard operating procedures (SOPs) contributed to four fatal accidents, one in Europe and three in India in FY18.

“An individual suffered head injuries when he was struck by the tail of a coil as it uncoiled after the banding failed,” the company said in its response sharing details of one such death.

A spokesperson at Larsen & Toubro (L&T) said: “The majority of fatal accidents are due to fall from height and hit by material/vehicle.” The engineering conglomerate reported 24 fatalities in FY18.

The number of fatalities at L&T has been declining since FY16. However, the same does not hold true for the country’s largest power producer NTPC. The company reported 52 deaths in FY18. Of these, 45 lives were lost in a single fire incident, at Unchahar power plant in November 2017.

“Another seven deaths were reported at NTPC’s other power stations during 2017-18,” said an NTPC spokesperson, who did not share the reason for these seven deaths.

Not just during operations at these power plants, deaths have also taken place in the construction of these power generating units. In a separate RTI response dated January 25, NTPC said 11 lives were lost during erection and construction of power plants of NTPC and its subsidiaries and joint ventures for FY18. For the last financial year, the number stood at eight till December 2018.

On the other hand, 30 lives were lost in FY18 at the State-run Coal India. However, none of the deaths was caused due to any major accident. According to an April 23 RTI response, a significant number of fatalities were related to truck operations.

“Electrocution, caught/pressed, rail, hit, road, fall of object and burn” are the reasons state-run Steel Authority of India (SAIL) listed in an RTI response for the 22 fatalities it witnessed in 2018.

Contract labour, too, is included in this list. In its sustainability report, ITC said a guard who died following a snake bite was part of a service provider’s workforce. At Maruti Suzuki, too, the only fatality in FY18 was a contract labourer.  All five deaths reported for Adani Ports and SEZ for FY18 were related to contract labour.

The firms constituting the Sensex are known to follow best safety practices and are constantly improving them. While access to official data on industrial deaths for all firms is difficult, experts agree the average would be worse than those for these top companies.

In addition, there is scope for under-reporting incidents for firms, say experts. There was at least one case where absolute number of deaths was dwarfed by smaller nations.

“Our internal research a few years back on construction-related deaths found the number to be lower than Czech Republic’s,”  Ahmad said. 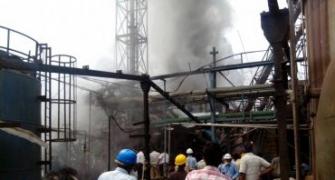 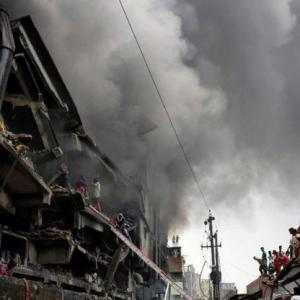