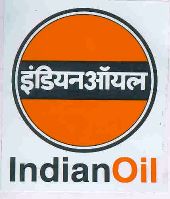 Indian Oil Corporation Ltd, country's largest refiner, plans to invest Rs 50,000 crore (Rs 500 billion) in expanding its existing refineries and setting up a new one on the west coast.

With the investment, the company's refining capacity will rise 60 per cent from the present 65.7 million tonnes per annum (mtpa) to 105 mtpa by 2022.

IOC, which controls 10 of India's 20 refineries, accounts for a 34.8 per cent share of the national refining capacity.

"The capacity augmentation at various refineries and setting up of new refineries will cost us around Rs 50,000 crore and help us reach a refining capacity of around 105 mt in the next decade," said a senior IOC executive.

IOC plans to meet its fuel demand from its own refineries.

"The reason behind our refinery capacity expansion is that diesel demand is growing and we want to build capacity at our refineries to meet that additional demand," the official, who did not want to be named, said.

At present, diesel demand growth in India is about five per cent year-on-year.

When diesel demand peaks, state-run refiners cover the domestic shortfalls by either importing diesel or seeking the fuel from other refiners by floating tenders.

The company is awaiting environment clearance for the same. For expansion of the Gujarat refinery, IOC has received the first

stage approval from the board.

The company is also setting up a 15-mtpa refinery at Paradip, Orissa, at an investment of Rs 30,000 crore (Rs 300 billion), which will be commissioned late next year.

IOC is preparing a pre-feasibility report to set up a grass root refinery on the west coast.

"We plan to build a new refinery of 15 mt on the west coast, either in Maharashtra, Gujarat or Karnataka.

"The new refinery will cost IOC around Rs 30,000 crore," said the official. At Haldia, IOC is awaiting the second stage approval.

The company also plans to expand the Panipat refinery from the present 12 mtpa to 18-21 mtpa by investing around Rs 8,000 crore.

At Haldia, IOC plans to add a coker unit for bottom upgradation and increase capacity from 7.5 mt to 8 mt.

In its latest annual report, the state-run firm said: "Besides, capacity augmentation, investments are required to be made for matching the changing demand patterns, compliance to tighter regulations and for optimisation and maximisation of margins."

With the rising per capita vehicle ownership, transportation fuels and middle distillates are likely to account for the bulk of the demand growth and herein the company sees an opportunity for aligning its product mix with the changing demand pattern, the annual report added.

IOC also plans to expand the capacity of its subsidiary refinery, Chennai Petroleum Corp Ltd, from the present 9.5 mtpa to around 15 mtpa.
Get Rediff News delivered into your Inbox.
Kalpana Pathak in Mumbai
Source: