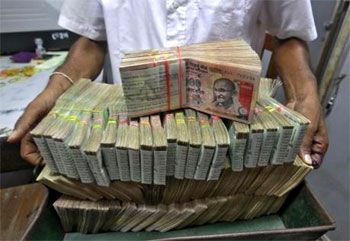 Salaries of top executives are likely to see double digit rise this year with compensations of CEOs and managing directors expected to grow by 10.2 per cent and of those in senior management by 10.5 per cent.

According to global management consultancy Hay Group, compensation of CEOs and MDs are expected to grow by 10.2 per cent in 2014-15, slightly higher than 10 per cent in 2013-14, and senior management members are set to see a 10.5 per cent rise in their pay, up from 10.4 per cent last year.

As per the annual Top Executive Compensation Report 2014-15, benefits are increasingly becoming smaller components in the overall compensation structure as organisations are moving towards a cash based remuneration structure.

"The economic outlook is positive and organisations believe that a stable government will give a spurt to their business prospects.

However, organisations are using benefits and perks as ways of recognising their top performers. The idea is to utilise these benefits to drive the role model behaviours in the organisation.

According to Hay Group, employee stock options continues to be the most prevalent long-term incentive option as 57 per cent of companies opt for this plan, followed by performance shares (36 per cent) and restricted shares (21 per cent).

The report added that difference between the MD/CEO salaries to that of other top executives’ has reduced over the years, indicating that these are being considered as important stakeholders.

"Clearly, organisations are moving towards valuing the top team executives below the MD/CEO as equal stakeholders in business performance," Upadhyay said.

He added that a significant part of the compensation (around 30-40 per cent) of these roles is variable in nature, with a link to business performance, which only strengthens the fact that these are considered high impact roles.