Even as the bilateral relationship between the two neighbouring countries remains hostile, there is growing coordination between India and Pakistan on one multilateral forum — the World Trade Organization (WTO). 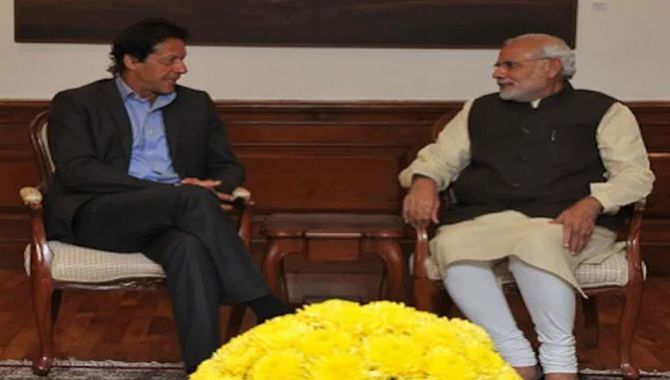 Both countries have made two joint submissions at the WTO as co-sponsors in the past two months.

In July, the same group of countries had again submitted a communication to the WTO on strengthening the intergovernmental organisation to promote development and inclusivity.

“Pakistan is increasingly finding common interest with India at the WTO.

"This is because it is no longer the agricultural superpower it thought it was as part of the Cairns Group,” said a commerce ministry official.

Pakistan is staring at an economic meltdown with fast depleting foreign reserves, a depreciating currency, and widening fiscal and current account deficits.

It is currently negotiating yet another bailout package with the International Monetary Fund.

India and Pakistan are members of the Group of 33 grouping, also called ‘Friends of Special Products’ in agriculture.

However, both countries do not always see eye to eye on farm issues.

Pakistan tried unsuccessfully to scuttle the Bali deal on food security in 2014 that India championed.

Although India and Pakistan have not directly dragged each other to any trade disputes at the WTO, India won a dispute in 2003 against the European Union’s (EU’s) discriminatory duty-free access to exports from Pakistan.

In 2011, India again opposed duty-free access by the EU to Pakistan on 75 items for three years, citing floods in Pakistan, but later withdrew the objection as Pakistan promised non-discriminatory market access to India known as the ‘most favoured nation’ — a promise Pakistan never fulfilled.

Business Standard reported on July 26 that coinciding with the change in government in Pakistan in April, the country ramped up imports from India, notwithstanding Islamabad’s ban on trade with its eastern neighbour.

The President of Pakistan Muslim League (Nawaz) Shehbaz Sharif took over as prime minister of Pakistan on April 11, after the Imran Khan-led Pakistan Tehreek-e-Insaf government was ousted from power, following a no-confidence motion in the National Assembly.

During the latest trade policy review of Pakistan in April, India did not ask any questions.

However, replying to a question by the EU on “whether the Pakistani government assessed the cost of the lack of economic and commercial engagement with India and if so, how much does this amount to”, the Pakistan side said: “During the times of normal relations between Pakistan and India, the bilateral trade has been ranging around $2 billion from 2013 onwards (India’s exports: $1.8 billion, Pakistan's exports: $342 million).”

Currently, both countries are trading only in pharmaceutical products and the trade volume has shrunk to $297.8 million.

In the trade policy review report prepared by the Pakistan government, Islamabad said: “On the east, Pakistan shares a border with India — the world’s sixth-largest economy with an import market of about $600 billion.

There is a large trade potential between the two countries, which has so far not been realised due to various reasons.

"Apart from bilateral trade, regional integration in South Asia has also been impeded, including the efficacy of the South Asian Free Trade Area.”