The world economy is not doing so well and investors are looking for the best place where they can put their money. 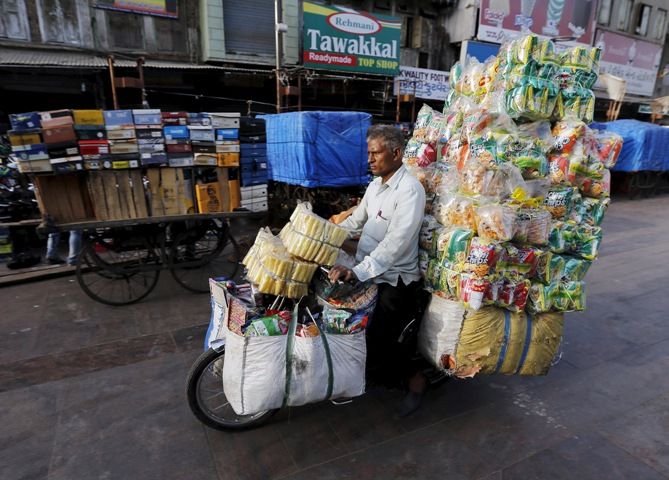 Finance Minister Arun Jaitley has said the credibility of Indian economy has been partly restored and the momentum must be sustained over the next two years to win over and provide comfort to world investors.

Jaitley, who was in San Francisco to lead the International Day of Yoga, said there is ‘huge amount of enthusiasm’ among investors as they see India picking up again after four-five years of slack.

"I think we have to restore back, partly we have, and over the next one-two years, we have to continue to restore the credibility of the Indian economy.

“It is only then that investors world over are going to feel comfortable. The initial signs are good but I think this is momentum which has to be sustained over a period of time," he said.

Describing reasons for ‘huge amount of enthusiasm amongst investors’, he said first ‘the reform process is clear, the government's thinking is clear. A lot of changes are in the pipeline.’

Second, the world economy is not doing so well and investors are looking for the best place where they can put their money.

"And in this they find that India seems to be growing faster," he said.

"If we can continue to grow faster at the pace, at which we have envisaged, keep our reforms in order, get investment, get a few problems off our back, hopefully have a better monsoon this year, start all the stalled projects then of course our aiming at a much higher growth rate would be much better," he told CNBC TV18.

Investors, he said, are clever, very wise men who look for better returns and in the midst of a global slowdown they are looking for faster economies and India is one of them.

"But one concern of the investors which has also registered very loud and clear with me is that investors hate unpredictability, investors hate uncertainties and therefore our policy domain has to be predictable, has to be certain, it cannot be full of any surprises," Jaitley said.

Jaitley said long-term money was essential for building infrastructure as the sector cannot provide immediate returns and returns will be over a period of time.

Stating that India needs to cover up the lost time as the infrastructure is concerned, he said: "Our projects must be expeditious, our projects must be delivered fast and, therefore, the returns on the projects should be better for them than what they can expect from the other part of the world."

Asked about the message he wants to give to Silicon valley champions like Google who have raised concerns about foreign direct investment regulation in sectors like ecommerce, Jaitley said India is a natural ally in terms of human resources and technology innovation to the silicon valley.

He said based on discussions with corporates here, he would discuss with his Cabinet colleague as to "if there are any hurdles in that investment coming in, they must be removed because I think the starting point of any big economic activity has to be investment.

"You cannot be investment starved and then say we are going to grow. The two are interrelated and I am quite conscious of that," he said.

On concerns of Indian IT industry on immigration, he said he has raised the issues in his meetings with his counterparts in US government.

"I have had a meeting with the concerned secretaries in the US government who are my counterparts -- the treasury secretary and the commerce secretary.

“I have had discussions with them and this is a problem, which is not going to be resolved overnight.