Companies with more than Rs 1 trillion market capitalisation have gone down by five in 2018 despite the benchmark Sensex gaining 5 per cent.

Currently, there are 27 companies in the club, down from 31 at the end of 2017. Consumer goods company Nestlé is fresh in the club.

Last calendar year, the markets saw a secular upward move with the benchmark Sensex gaining 28 per cent and the NSE Midcap 100 index rallying 47 per cent.

Markets this year have been choppy with the Sensex gaining as much as 14 per cent at one point to lifetime highs and then declining close to 15 per cent.

“Except for 10 or 15 companies, everybody else has seen an erosion in its market cap this year. Last year, the rally was broad-based. This year, it has been extremely skewed in favour of select stocks,” said G Chokkalingam, founder, Equinomics Research and Advisory.

Among the 31 companies that were in the Rs 1-trillion club during the start of the year, 16 have seen an erosion in their market cap, while the others have witnessed an increase.

The worst erosion in absolute terms was for Bharti Airtel. It’s market value eroded by Rs 900 billion to Rs 1.21 trillion.

Market participants said a combination of global and local factors have led to a lot of volatility in the market.

Locally, the reintroduction of long-term capital gains, goods and services tax (GST), and the IL&FS default have weighed on investors' sentiment.

On the global front, the rising US dollar and bond yields led to risk-aversion among overseas investors, who pulled out close to $5 billion from domestic stocks in 2018.

Besides, rising tensions between the US and China, two of the world’s largest economies, have also weighed on the companies linked to global trade. 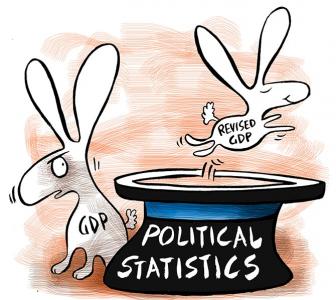