Indian companies' market capitalization has grown at the fastest pace last year among major economies despite contraction in GDP, economists from SBI said, flagging the risks to financial stability it poses. 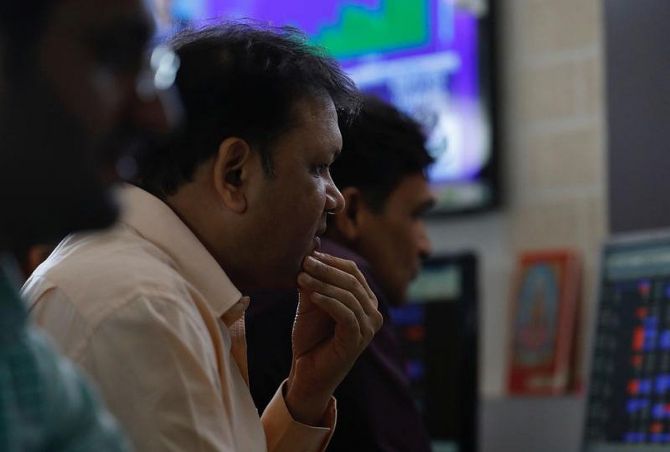 Further, retail investors have shown higher interest in markets and their numbers have increased by 1.42 crore in FY21 and another 44 lakh in April and May, they said in a note, wondering if this will be a lasting behavioural change or is transitory.

The economists at the country's largest lender attributed the growth in equity markets to lower returns on other financial instruments amid a low rates regime, increase in global liquidity, and even a tendency to spend more time at home because of mobility restrictions which led many to trade more.

"The rise in the stock market without significant development in the real economy may raise the issue of financial stability which as per our financial stability index shows modest improvement in April 2021, but lower than the peak witnessed in December 2020.

It can be noted that in the past, the Reserve Bank has also expressed risks of financial stability because of the fast growth in stock markets.

The note said the 30-share benchmark of BSE grew 1.8 times in the last year, which was the fastest among major economies, beating others like benchmarks in Russia (1.64 times), Brazil (1.60) and China (1.59).

A sector-wise analysis of Nifty-50 reveals that financial services are the clear winners with Rs 157 lakh crore increase in their market cap during the past one year.

IT is another major sector whose market value has increased significantly, followed by oil and gas, consumer goods, automobiles, metals and pharma, it said.

From a returns perspective, it said sector-wise one-year return indicates that IT and materials have performed better.

The increasing retail participation, if it becomes the norm, could also enable a larger resource pool for financing India's infrastructural requirements, the economists said.

They further pointed out that the share of savings in shares and debentures to total household financial savings at 3.4 per cent in FY20 is likely to increase in FY21 to 4.8-5.0 per cent or 0.7 per cent of GDP from 0.4 per cent of GDP in FY20.