Reliance Industries, which sold stake worth $21.7 billion in Jio Platforms, kept the league tables moving in spite of the pandemic. Deal making by Indian firms saw a sharp fall of 36 per cent in value terms in the first seven months of 2020 compared to the same period last year.

Reliance Industries, which sold stake worth $21.7 billion in Jio Platforms, kept the league tables moving in spite of the pandemic.

Without Jio stake sale, transaction value would have been down by 60 per cent.

“The first half has seen a sharp decline in deal activity which is at a six-year low.

"This decline has been contributed by both domestic and international deals,” said a banker.

Last year, India Inc sealed deals worth $88.88 billion in the January-July period, but this year the total transactions are $56.73 billion, fueled mainly by RIL-Jio deals.

The number of deals more than halved to 865 during the period.

According to law firm Khaitan & Co, many Indian firms are planning to divest non-core assets to focus on their core business.

They are also shoring up capital by monetising good value assets with some Indian firms selling off their overseas assets at great valuations.

While several transactions took place in the energy and power, telecom and financial sectors, some traction was also seen in the pharma space.

Thanks to Jio deals, inbound activity was up 1.6 per cent in the first half.

Despite the ongoing lockdown, US firms were very active with over 50 per cent market share in the deal space in India this year.

Indian companies, however, are conserving cash while investing overseas.

Outbound deals are at the lowest in more than a decade with almost 74 per cent decline.

US remains the top target destination with over 50 per cent of deals.

A notable exception is Sunil Mittal's Bharti Global taking 50 per cent stake in UK-based bankrupt firm OneWeb, which operates a series of satellites, for $500 million.

The British government is picking up the remaining equity in OneWeb for the same valuation.

Increased scrutiny on investments from China due to border clashes has also taken a toll on access to Chinese capital with several Indian firms looking at a different set of investors.

For 2020, bankers said the investment climate will remain subdued though some disinvestment by the government may take place and RIL-Future Retail could be another big transaction to keep an eye on.

“India is getting polarised: Large groups will weather the storm and keep us busy while mid-market will suffer,” Jhunjhunwala said. 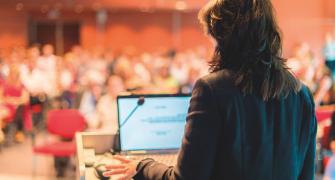 Top IT firms' headcount drops first time in a decade